[The Life after Marrying my Sworn Enemy] 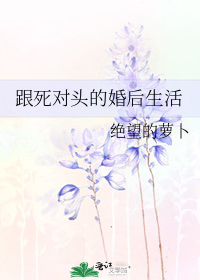 The Life after Marrying my Sworn Enemy is a completed novel written by 绝望的萝卜 and consists of 52 chapters.

The cousin isn’t called Biao Ge. He has his own name. His name is Cheng Jinyu. From the phrase—– Wo Jin Huai Yu (to hold and cherish a beautiful jade; a person with good moral values), it’s the name his father gave him.

But Chen Yuze calls him Biao Ge, so Biao Ge became his name.

Biao Ge has a sworn enemy, his name is Gu Bokai. Biao Ge doesn’t know how he provoked this person. He detested himself very much. Like being disgusted with shit in a garbage can.

However one day Biao Ge was told to marry Gu Bokai. As for the reason, an extreme pain in the ass, because Biao Ge’s life is hard!

Gu Bo Kai: No, absolutely not!

Mother Gu: First cry, second stir up trouble, third hang oneself (throwing a temper tantrum). Continue to get married, or I die and let you see.

Mother Gu: He is tough, can avoid being killed by you and can also have children.

(Shou and Gong have no kinship. Biao Ge is what others call this person. It’s like a name)

Chapter 10- To Take Advantage Of

Chapter 13 – Provoking the God of Plague

Chapter 24 – Attack of the Black Car

Chapter 26 – Using Age to Disdain Others

2 thoughts on “The Life after Marrying my Sworn Enemy”