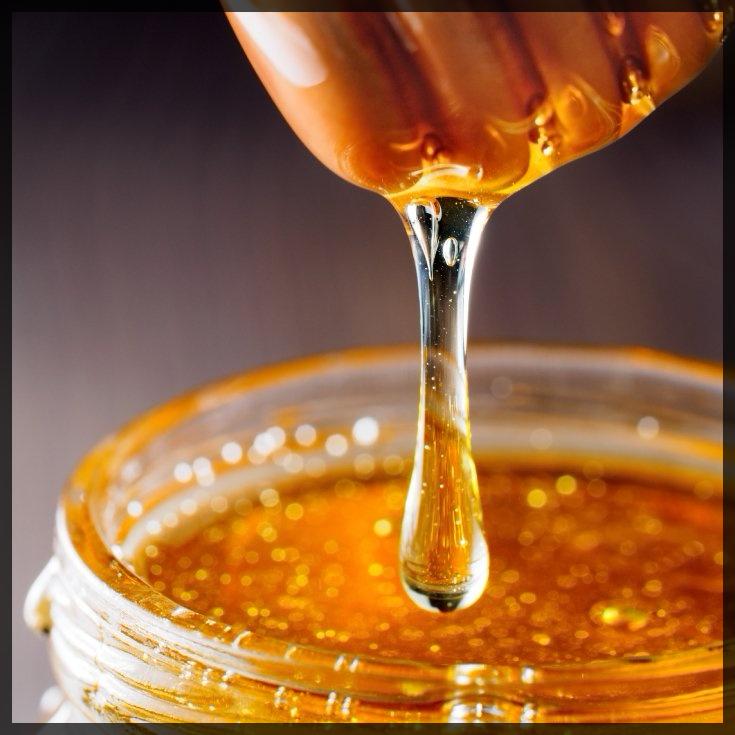 The two harrumphed coldly, “Do as you wish.”

“After I sever their meridians, I would run my dagger along their skin, stopping every now and then to make a nick here and there until at least a thousand little cuts have been made. While their blood seeps out, I would sprinkle some salt on each and every one of the tiny openings. Last but not least is the honey, which would be smeared onto said openings,” she paused to let that sink in and then continued evenly.

“You guys might not know the implications of that, so allow me to clarify. Attracted by the combined aroma of blood and sweet honey, countless ants will crawl to the scene. Through the cuts, they will burrow fervently into the body and slowly nibble away at the flesh… but even under those circumstances, the person would neither die nor lose consciousness. Therefore, they would be able to hear, see, and feel with lucidity their body, flesh, and blood gradually being devoured by ants…”

The bloodthirstiness of Yun Wu’s smile intensified, but her voice was light and casual when she mused, “I wonder, between the two of you, who would like to go first…?” Although she had asked a question, she looked like she was already picking which one to start with.

The two assassins felt the hairs on their bodies stand on end, and their hearts were seized with terror.

“You, you’d better let us go. We’re affiliated with the Dragon Sect, you can’t afford to provoke us…”

Yun Wu sneered. Before the assassin could finish, her gleaming dagger had already slashed down and pierced through one of his hand tendons.

“I’ve never heard of a ‘Dragon Sect’ before, so if you insist on spewing more bullshit, I wouldn’t mind exchanging every word for a slit meridian, and I won’t relent until the two of you decide to obediently answer my questions.”

The other assassin, unwilling to suffer such humiliation, tried to suicide by biting off his tongue, but Yun Wu was quicker. She swiftly thrust her dagger into his mouth and harrumphed, “In front of me, death could be considered a form of luxury. Since you’re so unafraid of it, this miss will let you experience a living hell.”

If it were anyone else, forcing well-trained assassins to disclose information might’ve been near-impossible, but to Yun Wu, it was an easy task.

The sound of clothes being slashed open, and the smell of blood…

“Ugh…” When salt was sprinkled over the countless open wounds on the assassin —whose tongue had been sliced off— the excruciating pain made his eyes bulge and sent his pulsing blue veins on a rampage beneath his skin.

He was lying on his back. Yun Wu proceeded to pour honey onto his lacerated body, and he was completely defenseless against the mass of ants that appeared and began to crawl into his cuts.

At the sight of such brutality, the other assassin started to tremble all over. Blood drained from his face, and terror filled his eyes to the brim. He stammered, “You, you… what do you want?”

“Nothing. I just wanted to see if you’ve finished contemplating yet. If not, then after I finish with this one, it’ll be your turn…” The corners of her lips curved upwards as she turned to him and slowly dragged the tip of her dagger along his quivering body.

The fruits of his extensive training, plus his resolution, all crashed down with the collapse of his psychological state.

She wasn’t stupid. How could Yun Lingshui, who wasn’t even at Rank Two yet, have managed to invite eight Rank Four assassins? Moreover, Yun Wu could tell just from the assassins’ manners of speech earlier that this so-called ‘Dragon Sect’ wasn’t an organization normal people could get in touch with.

Even with her status as a legitimate Miss of the Yun family, Yun Lingshui shouldn’t have been able to employ them.

A casual sweep of her dagger shot shivers up the assassin’s spine, and his eyes showed a hint of alarm, but he responded, “Yes…”

“You’re sure?” Yun Wu smiled calmly, whereupon the assassin shuddered and corrected himself, “No, there’s also Yun Manor’s housekeeper, Wu Gang. He bore the imperial token and told us to carry out the Third Miss’s instructions, to kill the Yun General Manor’s good-for-nothing Ninth Miss so that later on, no problems will arise.”

“The imperial family?” Again? Yun Wu furrowed her brows and in her mind, once more confirmed that the person backing up Wu Gang and Liu Qingyue was definitely a part of the imperial family.

Except, just who was that person? She would have to pay a visit to Housekeeper Wu. The smile on Yun Wu’s face caused the assassin’s heart to quake, and he suddenly felt a sensation of deadly crisis.

A glinting dagger had already streaked across his throat; it was a neat and merciless move, lacking the slightest of pity-induced hesitation.

Yun Wu pulled off the assassin’s black clothing and redressed herself. Then, like before, she decapitated the two assassins and chucked them down the cliffside. She grabbed the heads —a grand total of eight— and took advantage of the black night to quietly slip into Yun Manor’s back courtyard, heading for Wu Gang’s room.

The lights in Wu Gang’s room were still lit. Perhaps he preferred sleeping that way, or maybe he was waiting for the eight assassins to report back.

Yun Wu arrived, bearing a string of heads. Her entire body was clad in black, and after leaving the Forbidden Grounds, she had used medicine to control her violet pupils1In chapter 17, after she started cultivating, it was mentioned that her eyes turned purple., so they were back to a matching shade of black too.

If it weren’t for her petite stature, she would’ve looked little to no different from the assassins she had killed.

“Who’s there?” A harsh voice barked. A streak of yellow battle spirit struck against the room doors, blasting it open from the inside. Wu Gang’s tall figure swiftly appeared outside. Those who possessed wind attributes were quite fast.

Yun Wu stayed in the dark. The instant Wu Gang left his room, a bloodstained dagger shot at his feet. The warning was evident.

“Halt, or else… I2The entire time, YW refers to herself as “this old man,” but I changed it to “I” for convenience and fluency purposes. won’t show any mercy.” An old, androgynous voice, tinged with coldness, spoke, momentarily stunning Wu Gang. Then, murderous intent flashed in his eyes, and he responded, “Who are you? Invading Yun Manor in the middle of the night… are you aware of the consequences?”

“When I was traveling the length and breadth of the country, you were still feeding from your mother’s breast. Do you think a child like you is qualified to know my identity?”

A shaft of red light, emitting a matchless extent of searing energy and incredible murderous intent, whizzed toward him.

Bang! The ground quaked slightly. Lowering his head, he saw that the attack had left a pit in the hard ground. Promptly, eight bloody heads fell through the air and landed in the pit. Seeing those heads immediately caused Wu Gang’s pupils to contract and his eyes to flicker with surprise.

Weren’t these the eight assassins he had dispatched to kill that good-for-nothing? How come…

“These youngsters actually dared to attack someone I, their ancestor, am protecting. Prior to their deaths, they said that everything was set up by you. Is that true?” Ominous murderous intent rose. Such thick, abyssal-like murderous intent shook Wu Gang’s heart.

Ancestor? Protecting? Was it possible that that good-for-nothing’s “resurrection” was all due to the discrete protection of this ‘old man’?

To be fire-attributed, a Master Practitioner, able to kill eight with ease, and have a physique like that… there was only one person who could possibly match all of those qualifications.

“Might Senior be the former number one assassin of the Dragon Sect, Senior Fengxing?” Wu Gang inquired respectfully as he looked at the thin ‘old man,’ whose black robes hung loosely due to being oversized.

Senior Fengxing? Who the hell was that? The former number one assassin of the Dragon Sect?

Honestly, the show of murderous intent and strength she had put on earlier was merely a pompous display achieved through special methods, as she had wanted to see if she could prob anything out of Wu Gang.

Little did she think he would mistake her for someone else. Nonetheless, it gave her a great opportunity to continue and say, “Hmph. Child, it looks like you are quite keen.” She waved her hand, portraying herself as every little bit a worldly expert.

Wu Gang’s eyes instantly filled with more respect. “So it really is Senior Fengxing. Please pardon this junior for his disrespectful offense just now. However, didn’t Senior leave on a cultivation journey? Why is Senior Fengxing here, protecting that good-for—Yun family’s Ninth Miss?”

“Is that something a child like you is qualified to ask?” Murderous intent rose again, stunning Wu Gang. He immediately remembered that assassins had their own rules and professional ethics to comply with.

Wu Gang hurriedly clasped his hands together in obeisance and explained, “ Senior Fengxing, please do not misunderstand. This junior didn’t mean anything, just that…” A cold voice swiftly broke in.

“Then don’t diverge from the subject. You haven’t answered my question. Was it you who utilized the imperial token to send them on the assassination?”

Upon hearing those words, Wu Gang furrowed his brows; it appeared that this man really was the former number one assassin, Fengxing. Otherwise, he wouldn’t have been able to get that piece of information from those other assassins.

“Senior Feng, certain things are better left unsaid. You are of the Dragon Sect—their rules, you should know well.”

“Know what? All I know is that I owe your target a debt of gratitude. If you dare meddle… regardless of how illustrious the person behind you is, you will both bear the consequences,” snapped a seemingly enraged voice. Wu Gang blanched, and a dash of humiliation appeared on his face.

“Senior Feng, those words should not be spoken lightly,” he warned, but he got only a disdainful ‘hmph’ in response. Finally, he grew indignant, “Fengxing, don’t ignore what’s good for you. Though you’ve left the Dragon Sect, you are still a former subordinate of the Empress, so you’d better not forget your standing.”

The Empress? So the Empress was behind it all?

“Whether I remember my standing or not is not for you to criticise. Child, tell the Empress this: Don’t go too far, or else… the one to fall victim to her own schemes may be herself.” Then, the thin, black-robed figure disappeared into the night, leaving behind only the bloodstained dagger and the eight heads.

Wu Gang stayed rooted in place. He neither gave chase nor dared to give chase. After all, assassins were different from martial practitioners. Provoking an assassin when it was night time would ensure an unspeakable death.

However, his expression was growing more and more unsightly.

VIN: For those who didn’t click/press on a certain footnote that said Yun Wu was referring to herself as “this old man,” but I changed it to “I” for convenience and fluency, well… now you know.

Am I the only one who totally forgot about the violet pupils thing?