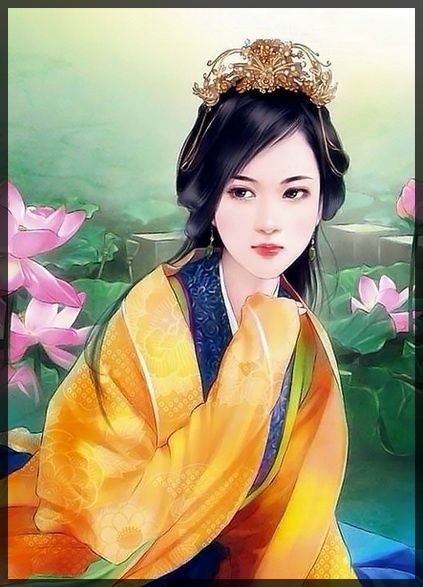 Chapter 29 — His Highness the Crown Prince

It was bright and early in the morning, but the back mountain was already noisy with footsteps. Judging from the volume, quite a few people had come. Inside the hut, sitting on a damaged stool was Yun Wu. She lifted the pitiable teacup in her hand and slowly took a sip of water.

Bang! The door was violently kicked open. However, since it had already been broken the night before, it wasn’t even bolted, to begin with. Having used too much force in that kick, the person stumbled in and almost mimicked a dog lowering its head towards the ground to eat shit; in other words, they nearly fell flat on their face.

“Sixth Sister, for you to visit this early in the morning is like a bestowment of great pleasure. Ninth Sister can’t help but shy about it!” A soft voice gently rang out. Yun Wu remained seated as she smiled and observed the pale-faced Yun Qing Er.

Earlier, Yun Lingshui had invited Yun Qing Er to visit and teach the good-for-nothing a lesson. Yesterday, not only were they confined to their rooms, but the entirety of the servants and guards in Yun Manor had also been reshuffled, resulting in some unpreceded activities.

Most importantly, their Grandpa actually planned on giving Yun Manor’s best courtyard to the good-for-nothing. Ning Courtyard had always been reserved for distinguished guests. Yun Qing Er was already bearing a stomachful of anger, and the fact that their Grandpa was letting the good-for-nothing use Ning Courtyard as her personal residence made Yun Qing Er burst into a fury.

Therefore, as soon as she arrived at the entrance, she had kicked the door in an attempt to put on an overbearing show of strength. How could she have expected to almost kiss the ground instead? Then, hearing Yun Wu’s words, Yun Qing Er instantly felt her anger rise.

“You good-for-nothing, don’t you know to greet your elder sister? The way I see it, you’re becoming more and more undisciplined. Today, I’ll take some time to thoroughly teach you what discipline is.”

Miffed, Yun Qing Er drew her whip from her waist and immediately lashed at Yun Wu. Despite there being no battle spirit added to the attack, the fierce whip was still powerful, nonetheless. Yun Wu neither dodged nor hid. Eyes gleaming with sharp, cold light, she reached out with her pale hand and caught the incoming whip.

Whoosh! With a deft and almost imperceptible move, she pulled Yun Qing Er closer. Yun Qing Er’s entire body crashed into the single one-legged table in the hut. Unable to withstand the impact, it let out a creak before collapsing.

For a moment, Yun Qing Er was in so much pain that she clenched her teeth and after awkwardly clambering up, clutched her chest. However, the fall had not been kind to her ample breasts, for her breasts were now visibly squished.

“Sixth Sister, this table isn’t very sturdy. If you wanted to drink water, you could’ve had Ninth Sister get it for you. Why be so impatient? Hopefully, your chest wasn’t squished out of shape?”

Yun Wu’s seemingly innocent and pure voice was soft and gentle, but the people outside were able to hear her clearly. Everything had happened too quickly, so they weren’t able to see what had happened. All they witnessed was Yun Qing Er raise her whip before suddenly rushing to the table and abruptly crushing the shabby table with her weight.

Yun Qing Er’s face turned red then white. Angered to the point of having flames in her eyes, she accused, “You little slut, how dare you hurt me, I… I’ll beat you to death… ah…!” When she tried to stand up fully, something tripped her, and she fell down. Once again, her ample breasts collided with the table, eliciting from her a cry of pain.

Looking at Yun Qing Er, who looked as though she was groveling at her feet, Yun Wu’s eyes twinkled with a cold smile.

There were quite a few maidservants and guards standing at the entrance. Yun Qing Er’s humiliating situation prompted them to lower their heads, as they didn’t dare reveal the peculiar looks on their faces. Meanwhile, Yun Lingshui had on an unsightly expression.

She’d invited Yun Qing Er over so they could see the good-for-nothing’s state of death, but Yun Wu was actually still alive and judging from her voice, she was feeling quite lively too.

Damn, what were those Dragon Sect assassins doing? They had the nerve to declare themselves as Zhou Dynasty’s top assassination organization when they couldn’t even deal with a good-for-nothing? What a waste of her personal savings.

Yun Lingshui gnashed her teeth together, and then her eyes flickered with viciousness.

“What are you all still dawdling for? Go help the Sixth Miss, can’t you see she’s been bullied?”

After yesterday’s rectification, everyone in Yun Manor became aware of the importance Old Master Yun attached to the good-for-nothing Ninth Miss. The entire lot of maidservants and guards who disrespected her in the past had been sent away, so now, looking at the “fragile” Yun Wu, all of the servants were hesitating.

“What? Could it be that in this manor, no one is willing to obey this miss’s commands anymore?” Their hesitation flamed Yun Lingshui’s rage. At that, they no longer hesitated and immediately rushed into the hut.

“What is this?” A loud voice thundered. It was Yun Qi, followed by a few guards and Housekeeper Wu Gang. The furious look on his face could be seen from even a distance away.

Complexion draining, Yun Lingshui turned her head and called out, “Grandpa!” At once, the servants fell back and called out respectfully, “Old Master Yun!”

Yun Qi’s furious gaze swept over them, inexplicably alarming Yun Lingshui, but he said nothing. He stepped into the hut only to see Yun Wu sitting on her damaged stool, calmly sipping water from her pitiable teacup. When she saw Yun Qi enter, she merely smiled and greeted aloofly, “Mornin’, Grandpa!”

Beside her laid the remains of a table and sprawled atop was Yun Qing Er, who was struggling to get up. As Yun Qi approached, he accidentally stepped on her whip. He didn’t need to guess to know what had happened in the hut.

Yun Qing Er finally managed to climb onto her feet and asked in a sweet, delicate voice, “Grandpa, how, how come you’re here?”

Traces of anger appeared on Yun Qi’s calm face. He looked at the granddaughter he’d originally thought highly of, and for the first time, he felt sorely disappointed.

“Get the hell back to your own courtyard and stay there for two days. If I see you and Yun Lingshui take even one step out of your rooms, I’ll kick both of you from the family!” He was completely serious.

“Grandpa, you can’t…” Yun Qing Er paled. Yun Qi cut her off by waving his hand and commanding, “Wu Gang, get people to send the Third Miss and the Sixth Miss back to their respective rooms immediately. Anyone who dares let them out will have their legs broken.”

“Sixth Miss, I will send you back to your room,” he stood in front of Yun Qing Er and said respectfully. However, he peered at Yun Wu from the corner of his eye, probing and observing. Yun Wu was well aware of his scrutiny.

As if oblivious, the corners of her lips raised. She looked incomparably delicate and fragile. No one would’ve been able to guess she was last night’s “top assassin Fengxing.”

Yun Qing Er wanted to say something, but Yun Qi’s wrath shut her up. She could do nothing but endure and shoot Yun Wu an exceptionally hateful glare, thinking one day, she’ll get even with Yun Wu.

Only after her two seething sisters left did Yun Wu slowly rise from her stool. A faint smile appeared on her face as she remarked, “Grandpa… if you’d come any later, I probably wouldn’t have been able to resist chopping off their heads.”

At that, Yun Qi was stunned and didn’t know whether to cry or to laugh. After all, she was blaming him for arriving too early. When he thought about it, he realized that chances were, she wasn’t lying. In that case, were his two other granddaughter’s necks currently broken?

“Brat, nonetheless, they are still your biological sisters. If they ever push things too far, do consider giving Grandpa some face and let them off.”

Yun Wu lifted her eyes and asked coldly, “Grandpa, how much is your face worth?”

That day her “biological sisters” went after her life, where was this so-called “Grandpa”’ at? If he hadn’t caught on to her hidden strength, would he still be paying so much attention to her?

The answer was obvious.

She didn’t take unkindly to him, but that didn’t mean she was willing to acknowledge him as her grandfather. In both her previous and current life, she was cold-hearted. There were few things and people capable of moving her emotionally.

Having said that, once she approved of someone, she would go as far as to unhesitantly fighting the Heavens for them. Clearly, Yun Qi had not yet gained her approval.

His expression changed slightly at her words. How could he not have understood what she meant? For over a decade, he never bothered to show concern for her. Asking her to accept him as her grandfather just because they were related was little different from him asking for the moon… but wasn’t this brat being a bit too unreasonable? No matter what, he was still her biological grandfather.

Despite that, he could only take in her indifferent expression and sigh helplessly.

“Forget it. Right now, Grandpa’s face isn’t worth anything. Wait until it gains some worth, then Grandpa will talk it over with you again. Now, let’s go. I’ll take you to Ning Courtyard.”

Yun Wu was a little taken aback, as she hadn’t expected Yun Qi to have such a generous attitude. Anyone else probably would’ve been miffed. This made her regard him somewhat differently.

The instant they stepped out, a guard rushed over to report, “Old Master, Crown Prince and Prince Long are waiting in the main hall.”

“Crown Prince and Prince Long? Why did they come?” Yun Qi furrowed his brows.

Yun Wu’s eyes narrowed slightly. She had traversed and woke up in a whipped and lacerated body, courtesy of this very Crown Prince.

Coupled with the fact that his biological mother was the most likely the Empress of Zhou Dynasty, Yun Wu was quite “curious” about this Crown Prince.

“Grandpa, I’ll go with you,” she said. Yun Qi glanced at her and seemed to have noticed something, but he didn’t ask and instead nodded, “Mhm, let’s go. While we’re at it, I need to talk to His Highness about your participation in the tournament that will start on the day after tomorrow.”

VIN: I have no idea what to put for the picture, so have another image of potential-YW.

Note to those who have something to say about my updating schedule:

I apologize for having both traditional classes and online courses to take, other long-chaptered novels to juggle, the tech and design of two websites (including ISO) to manage, two primary-school siblings to take care of, and my own health to worry about. Realize that reading a chapter takes less than 20 minutes, but translating it takes over 2 hours, thanks.