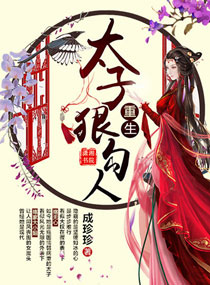 Before, she was the eldest miss of the Shang family; a modern age demoness, who struck fear into people’s hearts. Hidden under her timeless, picturesque appearance was a heart as cold as ice.

Now, she is the cowardly and gravely ill crown prince, Shang Wuxin.

Just as the cowardly Shang Wuxin died, the body welcomed a brand new soul—Shang Wuxin (heartless). Heartless, ruthless, and cruel like a devil. When she changes into her, when cowardice changes to cruelty, when ignorance changes to wisdom, when kindness turns into bloodshed, whose eyes has this kind of woman caught? Whose heart has she stolen? When she stands at the peak, who will come and hold her hand to end her loneliness and desolation?

After getting betrayed and killed by the only person she’d loved, Miss Shang wakes up in the body of the cowardly crown prince Shang Wuxin, who, due to her own circumstances, was actually a girl cross-dressing as a boy. After inheriting the crown prince’s memories, Shang Wuxin has three things on her agenda:

1. Clean up the house