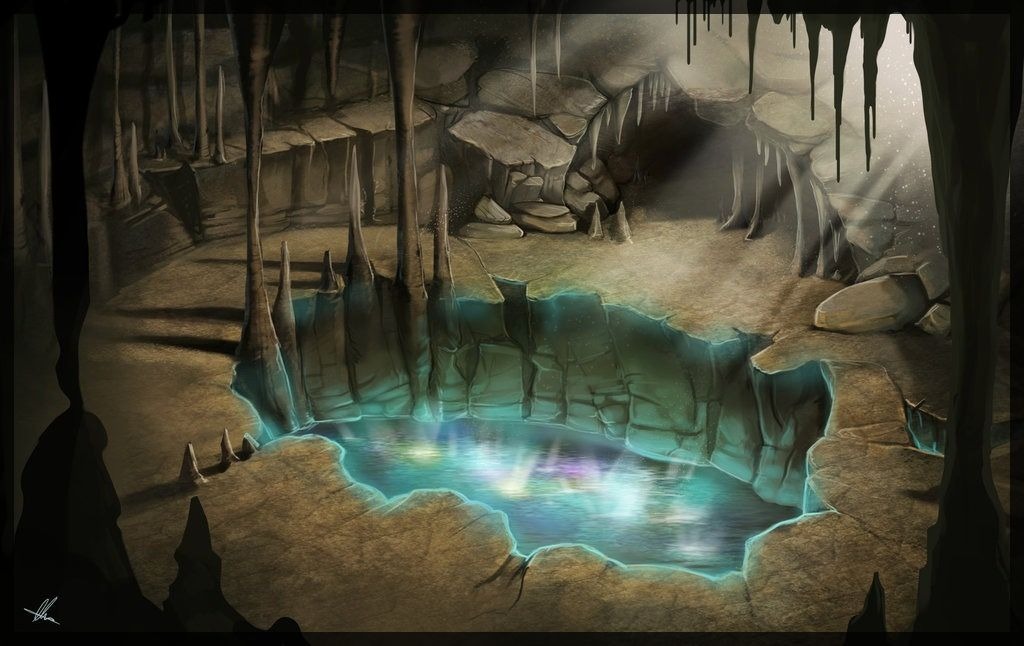 To her dismay, her entire body was bare without a single article of clothing, and she was immersed in a small pond that emitted blood-colored steam.

“Awake? And here I thought it would take you another day. Little pipsqueak, from now on, remember to nourish your body properly. Otherwise, with your flat stature, I really wouldn’t know where to lay down my hand.” An incomparably devilish voice suddenly teased.

A beguiling man, clad in white, strolled into the cavern as his lips arched into a smile.

“Of course it’s me. If not me, who does little pipsqueak think it is?” The eyes that he stared at her with were glaringly overbearing and possessive. It brought Yun Wu a wave of displeasure.

“Release me!” Her voice was hoarse, and she clenched her teeth. The man looked at Yun Wu while smiling. He made a gesture with his fair hand. Two rays of cold light shot out, and the ropes around her wrists promptly broke into two halves.

“Don’t scratch. It wasn’t easy to get your skin to heal. I’m someone who loves beauty—even more so beautiful people, and right now, every bit of your body belongs to me.”

He stood by the pond, grinning slyly as he ran his eyes over each and every inch of her exposed skin. When Yun Wu heard him, she almost snapped off the roots of her teeth in anger.

But despite her exasperation, Yun Wu continued to soak in the pond and didn’t get up. Although she didn’t know kind of herbs and blood were mixed into the pond water, she could feel it working at a breakneck pace to close up the wounds on her body.

If it weren’t for her having exceptional self-control, she probably would’ve succumbed to the itchiness already and long left scratches on her skin.

She was gripping the rocks that enclosed the pool so tightly, her nails were screeching. Only by doing this could she resist the impulse to scratch her body. The man was smiling the whole time.

His keen eyes brimmed with amusement and sheer interest. Just from watching her for three days, he was able to tell that this meager girl was actually pungently tough, and that aspect thoroughly amused him. It had been long since he last felt his blood roaring and surging like this.

All of a sudden, his hand reached out and grabbed the necklace that was plastered to her chest. Yun Wu paid him no heed. It was a spiral-shaped pendant, suffused with an air of old age. In the eyes of outsiders, it was undoubtedly just an utterly hideous and worthless necklace.

Otherwise, it wouldn’t have been able to peacefully stay around Yun Wu’s neck for so long.

After a glance, the man withdrew his probing gaze. Mischievously, the same slender finger glided upwards to provoke her narrow chin. “Say, pipsqueak, should I eat you now or raise you a bit more? It’s getting a little hard to resist…” Yun Wu didn’t even stop to think before opening her mouth to bite the finger that had touched her.

The man laughed and let her bite him. What she didn’t expect was for her consciousness to sudden dwindle when his blood came in contact with her tongue.

That was when she realized… that his blood was actually an overpowering drug.

Yun Wu woke up for the second time that day. This time, she found herself lying on a smooth expanse of rock. The uncomfortable itch had vanished, replaced by a cool sensation.

She exploited the dim moonlight to look down at her body, which she found to be —once again— completely bare. There was a slight shift in her expression, and then a glimmer of surprise. Her marred skin was now white beyond compare and tender like a freshly simmered and shelled egg, not a single scar left behind.

That blood-medicine pool was the first thing she thought of.

She quickly suppressed the astonishment in her heart and put on her old, tattered clothes before finally beginning to scrutinize her surroundings.

It was a fairly clean cavern. The small pond was still there, situated in a corner, except the blood-water had dried up. She scoured the cavern and did not catch a single glimpse of that bastard… until her gaze swept out of the cavern and landed on the lake outside. There was the silhouette of a man in the water.

In this world and her last, there had never been a person who dared to threaten and take advantage of her without paying the price. Under the boundless moonlight, Yun Wu’s lithe body mirrored a soundless leopard as she stealthily headed for the lake.

AdvertisementThe lake glistened with faint ripples, and the sound of water splashing resonated through the night. The man was leaning against a rock, his body submerged in the water while a headful of silver hair hung loosely down his delicate back.

Although clearly, only his back was showing, the sight was already overwhelmingly enticing. Little by little, Yun Wu approached, and as she did, she couldn’t help but wrinkle her brows. She had to admit, this man was the epitome of temptation.

She quieted her breathing and drew near. She aimed, and the sharp wooden stick in her hand streaked towards the man.

“You’re here.” A light, wicked laugh.The silhouette of the man moved and deftly evaded her attack. As surprise flashed in Yun Wu’s eyes, the man grabbed the stick without looking, and his other hand brushed against her waist.