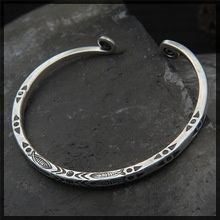 Just from the first attack, it was easy to tell that Long Qingxie had really angered the old man. The attack was alarmingly quick, decisive, and it would be near-fatal if it hit. And yet, the devilish smile on Long Qingxie’s lips remained unmoved.

Then, right before the old man’s anger was completely provoked, Long Qingxie finally showed signs of “defeat” and began to retreat.

“Trying to escape? Hmph, is the palace a place you can come and go as you wish? You won’t be leaving with your life…” The old man harrumphed and gave chase, a determined expression plastered on his face. This naturally attracted the attention of the other guards, and in a flash, the entire palace fell into a state of vigilance.

The situation around the treasury was the opposite; it became calm and quiet. Yun Wu was lying prone against the roof of the second floor and had, of course, witnessed everything. Perhaps the other people hadn’t noticed, but she had clearly seen the man throw a flirtatious glance at her as he “fled in defeat.”

He… was he luring the treasury guardian away for her?

If so, then she’d be lying if she said that her heart was unaffected by his actions, but there was no time for her to ponder. Since he managed to buy her some time, she had to hasten and grab what she wanted from the treasury first.

As she’d expected, even the windows of the treasury were made of iron and steel. The only way to get in was through the entrance. Fortunately, she had already made preparations before coming. She threw some strong handmade corrosive powder in an arch towards a sealed window. Promptly, the steel began to corrode, and soon, a gap wide enough for her small body to fit through was formed.

Suddenly, Yun Wu saw a long ladder plunk down against the wall, and a black-robed Long San appeared beside her. Looking at the man on the ladder, Yun Wu’s lips twitched, and she had to tightly fist her hands together to suppress the urge to reach out and choke the man to death.

This bastard, did he take the imperial treasury for his backyard? At this time, he was still coming to make trouble for her?

“Friend, just now I went to the Emperor’s inner courtyard and set it on fire. The palace must be in chaos right now, so we’ll be able safe to steal from the treasury,” Long San said in a happy tone.

His pearly whites were visible from behind his black face veil. When Yun Wu heard his words, she was stunned.

He didn’t follow her because he went to set a fire?

At that, she was rendered speechless. Sometimes, she wondered if her moment of soft-heartedness back then had been a mistake or not. Without saying much more, she squeezed her small body into the opening she had made for herself and vanished from sight.

She had deliberately made the opening the mere size of her own body. That way, Long San wouldn’t be able to follow her in. She didn’t turn back to check because the moment she entered, she was blinded by all of the gold and treasures she found.

A quick sweep of the place told her that the second floor had at least a few hundred square meters of space, all filled up.

“Wow, so many treasures.”

Long San’s murmur suddenly sounded from behind her. Yun Wu spun around and saw that he had already entered from the window, and the opening she had crawled in through was visibly wider than before.
What happened?

Her eyes flashed coldly as she raised an eyebrow. As a killer, she was much more vigilant and perceptive than normal people, and yet she hadn’t been able to detect him.

Was he really as harmless and weak as he appeared?

Under her gaze, Long San trembled a bit. He stuffed something into her hands as he stammered, “You, you dropped this. I copied what you did… don’t be angry. I, I won’t do it again.”

It was the bottle that contained her corrosive powder. However, she clearly remembered putting it back into her pocket. Had she really been careless and dropped it? Knitting her brows, she glanced at him and didn’t respond.

After she tucked the bottle away, she headed for the stairs that led to the treasury’s fourth floor.

The first two floors contained common gold and silver. The third floor had some rare and precious medical herbs. The Flower of a Hundred Lives should be on the third floor then.

“Friend, are you mad at me? I promise I won’t pick up the things you dropped again. Even if I do, I’ll tell you. Can you not be mad at me…”

“If you don’t shut up, I’ll sew your lips together,” Yun Wu threatened in a low voice.

“If you agree to not be mad at me anymore, I’ll send my lips up for you to sew,” he fawned. Yun Wu suddenly didn’t know whether to laugh or to cry.

Then, without wasting any more time, she quickly searched her surroundings. She didn’t know how long Long Qingxie would be able to distract the treasury guardian, so she had to hurry. Otherwise, if the treasury guardian came back and found her, she would be in trouble. With her current level of strength, she wasn’t his match.

Unfortunately, even though every nook and corner was checked and double-checked, she still couldn’t find the “Flower of a Hundred Lives.”

When Yun Wu stepped foot onto the fourth floor, all of the thick and densely-packed books she saw made her dizzy. The Flower of a Hundred Lives mostly likely wouldn’t be found here either.

However, she did notice something odd. The books were all either general history records or common training manuals. Logically, shouldn’t the higher floors hold the more important and valuable objects? Couldn’t these books have been placed in a common library? Why were they in the treasury?

When she turned a dark corner, a certain bookshelf caught her eye. Her steps faltered, and she squinted slightly. She saw that on the bookshelf, there was a set of books that bore covers with designs similar to the Dragon Ascension Scroll.

Perhaps others would see it as a very ordinary book of prophecy, but Yun Wu found it too special to miss. This was the pattern that had followed her for two lifetimes, after all; she was very familiar with it.

Yun Wu grabbed the dusty book and ran her gaze over it a few times. It had an ordinary title and equally ordinary contents. Despite that, she didn’t know why but the instant she picked up the book, she felt the Pandemonium Palace inside of her sea of consciousness react.

Unfortunately, the current her was incapable of getting in touch with the Pandemonium Palace, so she didn’t know what was going on. Either way, it didn’t matter. She planned on taking book away with her.

She collected the book and was ready to turn around when Long San, who was sticking close behind her, made her jump.

“Goddamn, what the hell are you doing, standing behind me like that?” She rebuked angrily.

“I wanted to tell you that I found the treasure. Take a look at it,” came the extremely innocent reply.

With an extravagant flourish, he handed her a wooden box, and she opened it to discover a silver bracelet. Seven differently colored gems laid around it, making for quite a pretty sight.

But… first and second floor contained heaps of jewelry and all kinds of exquisite bracelets. In comparison, how could this silver bracelet be considered a treasure?

It seemed that Long San was aware of her doubts. He took the bracelet from the box, grabbed her right hand, and slid the accessory onto her wrist. Following that, a glimmer of astonishment flickered across her eyes.

The bracelet had automatically shrunk down to fit her wrist—almost as though the bracelet was intelligent.

Then, a colorful light flashed, and the bracelet disappeared without a trace.

Stunned, she stared at her bare wrist and couldn’t help but reach out to touch the place the bracelet had been. There was nothing.

“What’s with this? Where’s the bracelet?”
“It’s on your wrist. This is a very rare Space Bracelet. It possesses spirituality, and the moment you put it on, you will become its eternal owner. Just will it, and it’ll appear.” Long San smiled, seemingly very happy about giving the treasure to her.
Meanwhile, Yun Wu found that she couldn’t figure out what he was thinking.

Nonetheless, she paid heed to what he said and experimentally willed the bracelet to appear and disappear again. It complied, just as though she could control it through will.

“Friend, go inside and see how big the space is. This space bracelet will allow you to store and withdraw anything at will,” Long San added.

Store and withdraw anything at will?

Yun Wu’s heart skipped a beat. The implications of the bracelet…. Without any hesitation, she willed the bracelet to appear and immediately sent her consciousness into the space dimension. A split second later, she was shocked by what she saw.

The space dimension bracelet, as its name suggested, provided its owner with a portable space dimension. However, what she hadn’t expected to see was the space divided into seven sections. Each had its own color, and they were all over a hundred square meters in size.

In other words, the seven sections combined totaled to at least 700 square meters. Even if she cleared out the entire treasury and dumped everything into the space dimension, there would still be space empty.

Yun Wu had never encountered a space dimension before, so her blood instantly began to broil with excitement.

“Where did you find this treasure?” She asked after willing herself out of the space. Her gaze jumped over to Long San, who then pointed at a dark wall. A secret compartment, which had already been opened by him, could be seen.

Inside of the small compartment, there were also two books. Yun Wu took them out for a look.

Could it be that the treasury had so many floors… because they wanted to hide these books?

To Yun Wu, who had witnessed the Summoner’s Millenium Contract, the Beast Tamer Manual was quite disdainful. Spirit Arts seemed alright. Since they fell into her hands, she would take them regardless of their use. She’d just gotten a capacious space dimension, so it’d be a waste if she didn’t utilize it.

She casually threw the two books into her space dimension, completely oblivious to the efforts and countless sacrifices other people had made to obtain them.