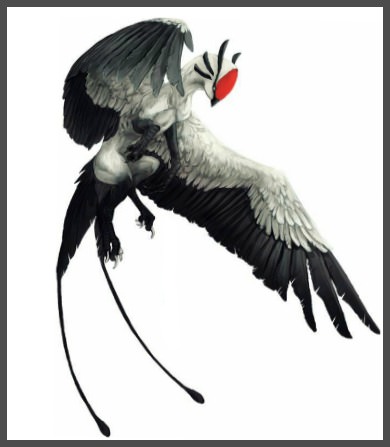 Chapter 31 — To the Imperial Tournament

Alas, he was bluntly turned down.

“You, you also resent me for being ugly, right? I know I don’t deserve to be anyone’s friend, and no one is willing to be my friend either. Compared to how good-looking you are, I…”

Under the bombardment of his self-inferiority and spluttering, Yun Wu opened her eyes again and sat up in frustration. She swatted aside his face veil and looked him in the eye, “A person’s appearance depends not on their face, but their mentality. As long as you believe you’re handsome, then that’s what you are. Black ball, I’m begging you, stop prattling like you’re Tang Seng1Tang Seng is another name for the monk in Journey to the West. He is often described as compassionate and sensitive., okay? It hurts my head.”

Yun Wu felt like she could finally sympathize with Hou Ge2Hou Ge, literally “Brother Monkey,” is the main protagonist of Journey to the West. He is often described as merciless and wild, which usually puts him at odds with Tang Seng., as she almost couldn’t resist the urge to feed the black-clad man a needle and henceforth shut him up.

Black ball? Was that referring to him? Long San fell into a visible daze, but he recovered quickly, and a grin appeared on his hideous face. A nice set of beautiful white teeth was revealed.

“I just knew you were a good person, that you would agree to be my friend! My name is Long San. I’m Long Xu Kingdom’s third prince, but when I was a child, I came to Zhou Dynasty and became an exchanged prince. Though I’ve been alive for 25 years, this is my first time having a friend, I’m so happy…”

With that, his entire person fell on Yun Wu. His arms wrapped around her body, tightly hugging her as tears of joy fell from his eyes. Then, in a show of extreme “excitement,” he rubbed his face against the center of her underdeveloped chest.

Muddled by the sudden assault and weight on her body, for a moment Yun Wu forgot to react.

When did she say she wanted to be his friend? She’d intended to push him away, but hearing him say that he was already 25-years-old, and yet she was his first ever friend, she couldn’t help but hesitate.

Forget it, she’ll leave him be. They wouldn’t have much interaction afterward anyway…

But it wasn’t long before she realized she couldn’t have been more wrong.

Since that day, Long San practically stuck himself to her. As long as it was daytime, no matter where she was, they would “coincidentally” bump into each other. She actually wouldn’t have minded if it was just the “coincidences,” but that wasn’t the end of his clinginess.

Regardless of what she was doing, he would also relentlessly tag along. Eventually, everyone in Yun Manor learned of their “friendship,” and the looks of ambiguity, ridicule, scorn, and jape piled up.

Yun Wu didn’t care about what they thought, but she was truly annoyed to death by the man in question.

AdvertisementMorning of the imperial hunting tournament!

Long San, dressed in his usual black attire and face veil, once again showed up in Yun Wu’s Ning Courtyard, and he even went as far as to unashamedly lie down on her bed before expressing his desire to watch her disrobe.

Of course, he was ruthlessly kicked out by an enraged Yun Wu. Only after she finished changing did she walk out, and as soon as she caught sight of his face-veiled figure, she grew ill-tempered and threw him a contemptuous look.

“What do you think you’re staring at? Go already!”

Yun Qi had commemorated Yun Wu’s move into Ning Courtyard with gifts of silk and brocade, precious pieces of jewelry, and not to mention, an endless supply of servants and guards. Since Yun Wu disliked having servants flock around her all day, she’d dismissed them before they even had the chance to step into the courtyard.

As for the clothes and jewelry, she’d accepted them without standing on ceremony.

Currently, she was in violet attire; gorgeous yet simple and unfettered. The dress was very plain compared to the other magnificent clothes she had received, but worn on her body, it appeared drastically more beautiful.

Paying no heed to Long San, Yun Wu spun around and headed for the entrance, but the sleeve of her right arm was promptly seized by a large hand.

“Friend, don’t be mad. I’m just afraid if you get lost later, I won’t be able to protect you.” Under her piercing gaze, Long San broke into a wide and sincere smile.

Yun Wu really wanted to give him a kick and tell him to go to hell, but every time she was angered to the point of doing just that, he would flash a brilliant, “naive” smile at her. It was the kind of smile that rendered her incapable of raising her hand against him.

“Let go of me, and stop rambling,” Yun Wu frowned, trying to shake his hand off. He stubbornly held on. “Don’t be like this. Friend, you don’t know, but this year’s tournament is held in the palace’s own exclusive Beast Forest. The magical beasts inside are very fierce. If you don’t have my protection, you will definitely be injured.”

With his strength… who would be protecting who, exactly?

By the time Yun Wu and Long San appeared, Yun Qi and the rest of the Yun family had been waiting for some time already.

“Hmph, Grandpa looked upon you favorably for but a short while, and yet you’re already assuming airs, making us wait for this long. Slu… Ninth Sister, you’re quite something.” Fearful of Yun Qi’s presence, Yun Qing Er inwardly clenched her teeth.

Yun Lingshui stood up, her eyes tinged with gloom, “Don’t waste your breath on her. Doesn’t she know that the envoys from the palace arrived long ago? Elder Sister, Sixth Sister, let’s go.”

Furtively, she shot Yun Wu a glare and took the lead in walking out. Yun Qing Er harrumphed and followed. When she passed by Yun Wu, she threatened in a low voice, “You’d better be careful. If I catch you alone during the tournament, I guarantee you’ll be taught a good lesson.”

A while back, the Eldest Miss Yun Xing Er was sent to study at Wushi Institute and returned recently so she could participate in the tournament. She’d heard about the happenings in the manor, and therefore, the sight of Yun Wu caused Yun Xing Er’s beautiful eyes to flash with coldness.

One glance at the familiar view of Yun Xing Er’s back caused the depths of Yun Wu’s eyes to freeze over. In Yun Wu’s past life, she had cared for and loved a woman as she would a close sister; that woman was San Feng, who later betrayed and put her to death.

In this life, it wasn’t much different. Slitting Yun Wu’s tendons and throwing her off a cliff to feed wild beasts… Yun Wu hadn’t forgotten this debt—not at all. During the tournament, perhaps she, Yun Wu, would be the one settling accounts instead.

Yun Qi noticed the cold light in her eyes and felt a bad premonition. He furrowed his brows, “Brat, Grandpa’s face may not be worth anything, but could you consider it a little and not be so angry?”

Hearing that, Yun Wu smiled and replaced the frost in her eyes with their normal fragility.

“I know how to hold my temper. Grandpa, there’s no need for you to send me off yourself, I’ll be fine just following my three sisters out.” Without waiting for his response, she turned around and stepped out. Long San walked behind her, his pace neither too slow nor too hasty.

He had heard every word of the exchange. Beneath his black veil, the corners of his lips lifted into a sneer, and his devilish eyes gleamed with icy bloodthirst.

Was his woman someone to be provoked at will?

The entrance of the imperial palace.

A dozen or so carriages —each and every one luxurious— could be seen, and over twenty beauties were already standing at the side. The Yun family’s large carriage stopped and immediately drew everyone’s attention. Evidently, they were waiting for the three eminent Yun Misses.

Yun General Manor was Zhou Dynasty’s number one martial family. They were a bit late to arrive, but who would dare rebuke them? However, when they saw not only the three Misses, but also Yun Wu and Long San alight from the carriage, the spectators all broke into disdainful laughter and ridiculing whispers.

Prince Long, a good-for-nothing with ruined meridians and a disfigured countenance. Who in Zhou Dynasty didn’t recognize his black-clad, black face-veiled figure? And Yun Manor’s Ninth Miss, a sickly good-for-nothing, was also known to all.

“Good. Every Miss is now ready. Please follow after this humble servant,” a eunuch instructed softly and respectfully before leading the group of twenty-some females away. They arrived at a wide and spacious square, and it was completely empty until they heard the twittering call of a beast bird.

Several pairs of eyes turned to the sky, and then quite a few people exclaimed in shock, “Beast bird mounts!”

Eight gigantic bird beasts were in flight. It wasn’t until they landed that eight grey-robed men came into view, each sitting atop their respective beasts. In their hands, they held onto ropes that were attached to the collar-like loops around the beasts’ necks.

Yun Wu drew upon her acquired memories. It seemed that this foreign world had an occupation called the Beast Trainer, which was what she assumed these grey-robed people were.

Beast Trainer: Simply put, they were individuals capable of taming ferocious magical beasts and reducing them to obedient beast pets. Domesticated magical beasts were usually weak in their attacks, so they were either treated as mere pets or mounts, at best.

Despite that, Beast Trainers were few in number, so the occupation was a popular one. For the imperial family to have flying mounts was not unusual, but starting out with eight at once showed that the imperials were quite extravagant.

Except, wasn’t the tournament this year being held in the palace’s exclusive Beast Forest? Why were there flying mounts?

“Young Misses, if any of you are ready, please come up. Don’t worry, it’s very safe,” the mounted Beast Trainers reassured and laughed kindly.

The eunuch immediately started to arrange the seating, and soon, the group was split into eight and settled onto the mounts, after which the Beast Trainers urged the bird beasts into the air.

The feeling of wind blowing in their faces elicited expressions of excitement and wonder from the Misses while Yun Wu, on the other hand, was apathetic from beginning to end.

To her, these domesticated flying beasts were no different from livestock and utterly incapable of rousing her interest. Involuntarily, she recalled the Redfire Dragon and the time she sat on its neck—that was she would consider “exciting.” She wondered, after becoming a Summoner, if it would be possible for her to secretly put the dragon under a contract?

If the Redfire Dragon learned of her musings, it probably would’ve been angered to the point of giving Yun Manor another “earthquake.”

VIN: The tournament arc is starting :0