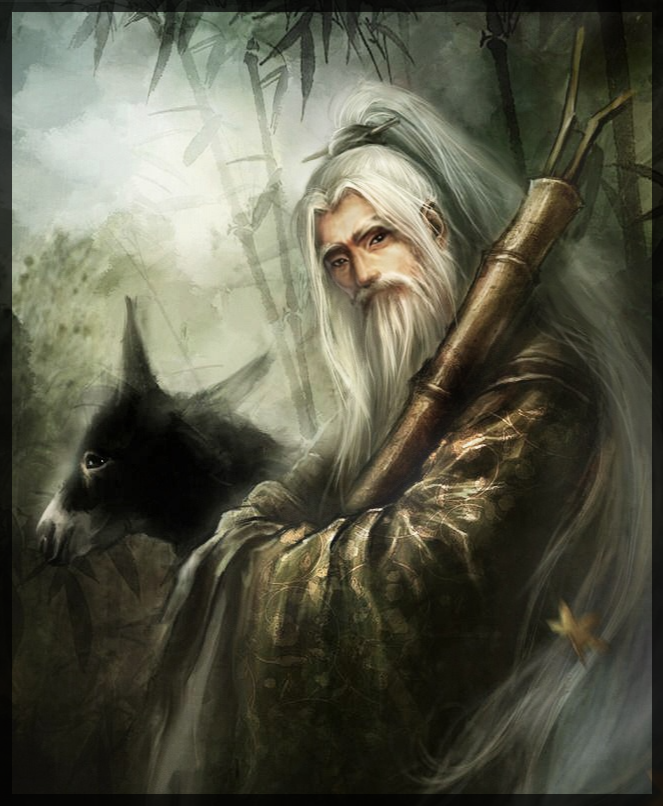 She was extremely straightforward with her words, and Yun Qi was a well-experienced man, so how could he not have understood? However, what shocked him was the deeper meaning of everything she had divulged.

Over a decade of Yin poison? This little brat was only around fifteen-years-old. Albeit unloved, she was still a child of the Yun family, and yet for over a decade, she had been fed poison? Only someone from Yun Manor would be capable of pulling that off.

Moreover, covering up what had happened in the Forbidden Grounds and shooting a poisonous dart at an adolescent girl was definitely not things Liu Qingyue, as the Head Madam, should’ve done.

Everything was laid out before him; if Yun Qi still hadn’t caught on, he would’ve lived for nothing. He clenched his hand into a fist and slammed it down on the side table. With a loud bang, the table broke into several pieces.

Alarmed, Yun Lingshui and Yun Qing Er lurched back and stared in dismay at Yun Qi, who had suddenly lost his temper.

“Grand, Grandpa, don’t listen to this good-for-nothing’s nonsense, my mother would never do those kinds of things, Yun Lingshui hurriedly tried to placate him. Yun Qing Er chimed in, bobbing her head up and down, “Grandpa, this slut is spewing nonsense. That day, I was with Great Aunt and didn’t see Great Aunt do anything with a poisonous dart. This slut is trying to frame us, you mustn’t listen to her…”

They had both assumed his anger was due to what Yun Wu had just said, but what they didn’t know was that their usages of “this slut” and “this good-for-nothing” had only irritated him even more.

Yun Qi was a frank and forthright person. Although he couldn’t be considered a saint, he did have an absolutely indomitable spirit and looking at the two, he wondered if they were really his biological granddaughters.

What Yun Wu had said before, about the two lacerating and whipping her, appeared to be the truth. He couldn’t help but lift his hand and release a rush of powerful energy that sent Yun Lingshui and Yun Qing Er flying out of the presence chamber. They cried out in alarm when the door was slammed shut in their faces.

Yun Qi’s angered voice sounded from the inside, “You damned things, screw off to your respective rooms and reflect on your misdeeds. If I hear the two of you use those derogatory words again, I’ll cripple you both. Scram!”

The half-sisters rubbed their throbbing behinds and furrowed their brows as relentless fury burned in their eyes.

Their grandpa believed that slut?

“Damned slut, she actually dared tattle in front of Grandpa? Sooner or later, I’ll cut off that tongue of hers…” Yun Lingshui gnashed her teeth.

“Abominable…” Murderous intent filled Yun Qing Er’s eyes, and she clenched her hands into fists, “Grandpa believed that slut, so we won’t be able to lift our heads in front of him anymore. Third Sister, we can’t let her get away with this.”

Bang! A deafening sound rang out from within the presence chamber, and coupled with Yun Qi’s furious roar, “You two haven’t screwed off to your own rooms yet? You want me to cripple you both right now?” Yun Lingshui and Yun Qing Er were scared into quick, frustrated retreats.

Within the presence chamber.

“Little brat! How was that? Grandpa didn’t disappoint you, right?” His voice, which had been furious and fuming before, was suddenly jolly, and a smile had already blossomed on his respect-inducing face.

He looked Yun Wu, appearing somewhat self-satisfied. This look, if seen by others, would unquestionably cause their jaws to drop, as Yun Qi was often regarded as a solemn man. It was rare to see him smiling so suspiciously, and the sight caused Yun Wu to quirk an eyebrow.

Behind her wooden expression, she was secretly a bit surprised. Originally, she’d assumed he had seen through her feigned fragility, but the situation now suggested he had actually seen through her true level of strength.

Otherwise, why would there still be such intense glee in his self-satisfied eyes?

“Grandpa must be jesting. How could I be disappointed? In this family, Grandpa is the head, and I am but a sickly, illegitimate good-for-nothing. My life and death lies in the hands of Grandpa and the moods of my sisters, no?” She unreservedly shed her weak facade and laughed coldly.

At her words, Yun Qi frowned, and his eyes quickly flashed.

“Looks like the servants in this manor have all forgotten their places. In a bit, Grandpa will gather together every servant and teach them all a thorough lesson. As for your insensible sisters, I’ll confine them in their rooms so they can reflect. Also, I’ll get people to tidy up Ning Courtyard—How could a granddaughter of I, Yun Qi, live in the back mountain, within a hut?”

Immediately, Yun Wu could tell he was intentionally fawning over her. Truthfully speaking, she hadn’t planned on interacting with the old man that much, as she was too lazy to bother with the Yun family. However, Yun Qi’s breezy attitude made her curious.

Superiority was usually determined by strength, but there was also one other factor—insight. With but a short string of words and the twinkling of an eye, Yun Qi had clarified both her situation and the relation between them.

She was a Miss of Yun Manor and Yun Qi’s biological granddaughter. In other words, no one should be allowed to push her around. Yun Wu couldn’t help but feel that this old man was extraordinarily shrewd.

“The back mountain isn’t half bad. At least the chances of being poisoned there is lower, and even if I did get poisoned, I would be able to preserve my life longer than if I were in the manor. Don’t you think so, Grandpa?” Yun Wu mocked coldly.

Yun Qi to once again flare with anger. The spies planted in the manor actually dared to plot against the children of the Yun family, but unfortunately, it would be difficult for the current Yun Manor to take action. The brat was evidently prompting him to stir the murky waters of Yun Manor and catch ‘fish.’

“Brat, with Grandpa here, even if it costs me this old life, Grandpa will guarantee your safety,” he promised instead of answering. He had done so because he firmly believed that she would bring the Yun family a number of pleasant surprises. Although he couldn’t discern her exact level of strength, he sensed an aura from her that didn’t exist before, and that aura felt strange and dangerous.

Two days ago, he had entered the Forbidden Grounds. He hadn’t dared venture further in, but nonetheless, he had been able to see the greater part of the circumstances inside, and the shock of what he had seen still lingered. The matter of this brat escaping was definitely not as simple as she made it sound.

Yun Qi planned to take advantage of her growth stage and hastily rope her back into the family, lest she decide to leave after becoming stronger. Yun Wu knew this and felt that it was a bit laughable. She did not take unkindly to Yun Qi, but the Yun family as a whole? That was a different story.

However, to obtain the Flower of a Hundred Lives, she would have to rely on her identity as a Miss of the Yun family.

“Grandpa, since you’ve brought matters to this point, as your granddaughter, I won’t argue against moving to Ning Courtyard. Oh, and if I remember correctly, in three days, the imperial family will be hosting a hunting tournament, and as a Miss of Yun Manor, I should qualify to take part, am I right?”

With that, Yun Qi suddenly understood the purpose behind her making a huge scene earlier. His eyes formed two crescents when he smiled and assured, “Of course. In a bit, Grandpa will personally handle this.”

“Alright, then I’ll be returning to the back mountain.”

Seeing her stand up from her seat, he hurriedly said, “Brat, why don’t you stay and accompany your Grandpa for a bit longer?”

Yun Wu lifted her head and responded with a faint smile, “Didn’t Grandpa say he was going to rearrange the manor? I won’t disturb you any longer. After you finish, tomorrow I’ll move from the back mountain to Ning Courtyard.”

Then, she turned around, and the instant she opened the door and left the presence chamber, her entire aura seemed to abruptly transform into one of sickly, fragile, feminine charm. It was plain to see that her countenance hadn’t changed whatsoever, but the impression she gave was completely different.

Yun Qi watched her ‘fragile’ figure disappear. The brat acted quite well. Earlier, if he hadn’t carefully observed her and caught the glint of murderous intent in her eyes, perhaps even he wouldn’t have discovered the surprise beneath her ‘fragility.’ He pondered some more.

Don’t tell me she’s been acting like that for over a decade now? If so, she’s really quite dangerous, he thought. It looked like he truly did need to rearrange the manor. Otherwise, those other arrogant granddaughters of his would most likely die without knowing how it happened.

Lying on a battered bed was Yun Wu, whose eyes opened to reveal cold orbs.

Outside, there was nothing stirring but the wind. However, nothing could escape the ears of an assassin who specialized in night ambushes and possessed hands that had long since been stained with blood. Yun Wu reached out to pull down the bed curtains1 and soundlessly concealed herself in a dark corner.

A soft click came from the locked door, and the wooden latch abruptly broke in half. The sound was almost imperceptible.

The door opened very, very gently, unnoticeable like a passing breeze. Then, two dark silhouettes silently entered. The two nodded at each other and scanned the room, which was small enough to be completely swept with a single glance.

Alas, they had overlooked the petite figure hiding in a dark corner near the bed. Cold light flashed in the eyes of the intruders. Without any hesitation, they flashed to the bedside and stabbed their knives through the bed curtains, into the blanket on the bed. The next instant, their eyes narrowed, and they thrust out their hands and wrenched the curtains aside.

The bed was empty.

“Hm? Are you two looking for me?” A mellow but indifferent voice brushed by their ears. The two stiffened, but their knives slashed with incredible speed in the sound of the voice. Their actions and reaction speed met the criteria t be a standard assassin. Evidently, the two weren’t guards, but assassins!

However, how could they possibly face up against an assassin from the 21st century?

VIN: Yun Qi seems like a good character so far~ but there have been no physical descriptions of him, and that’s the only decent old man picture I could find TwT