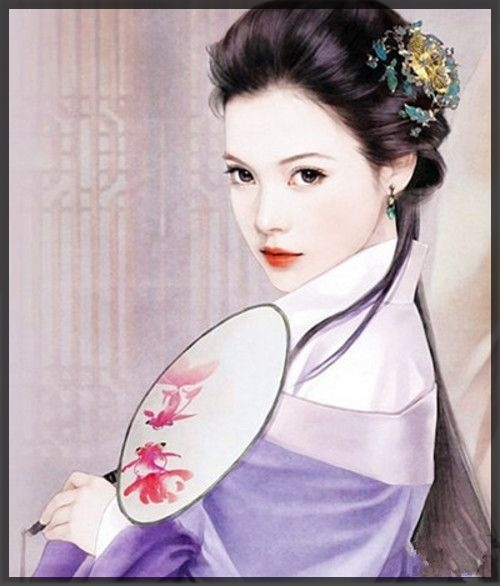 “Third Sister, I, I’m just want to pay my respects to Great Aunt, is that okay…?” The voice Yun Wu used was soft and laced with entreatment. It sounded like she was choking back a sob too, leading those who heard her to suddenly feel as though they were witnessing an episode of oppression between an evil elder sister and her innocent younger sister.

The outsiders were oblivious, but the Yun family members knew well the implications behind Yun Wu’s appearance.

Didn’t the Ninth Miss perish in the Forbidden Grounds? Then where did this one come from?

Skepticism ran through their minds, and they were shocked to the core.

“You, you’re not dead?” Yun Lingshui stared wide-eyed at Yun Wu, who appeared confused as she gave a feeble shake of her head.

“No. Third Sister, why are you insisting on my death?” Ignorance, doubt, and confusion were on full display in her tender and reddened orbs. It truly did seem as though she had no idea what Yun Lingshui was talking about.

Since Yun Wu’s arrival, Yun Qi’s curious and insightful gaze had been on fixed on her. Then, as if something had dawned on her, she suddenly looked meekly at Yun Lingshui, “Third Sister, could you be talking about the time Ninth Sister1 She’s addressing herself in third-person. misbehaved, when you, Sixth Sister, and Eldest Sister punished me in the back mountain by lacerating me, whipping me, and throwing me off the cliff?”

Yun Wu’s frail body trembled a bit. “I, I didn’t die… I’m sorry, Third Sister.” Those words of apology contained deep chagrin and fear and created quite a disturbance in the Mourning Hall.

When she first revealed her identity, traces of disdain and ridicule had been visible in the eyes of many, but after hearing the rest of her story, their hearts filled with shock and disbelief.

Whipped? Lacerated? Thrown off a cliff?

And those things were done by Yun General Manor’s three most promising Misses? Who in the capital didn’t know that Yun General Manor’s Eldest Miss was gentle and amazingly talented, that the Sixth Miss was clever and lovable with exceptional talent, and that the Third Miss was a legitimate daughter with both beauty and talent?

They had the approval of the entire capital… but behind closed doors, the three Misses actually had such cruel hobbies?

“You… you’re spewing nonsense,” The enraged Yun Lingshui paled. There were too many people present, so she could only grit her teeth and refrain from pulling out her whip. Internally, Yun Wu sneered. On the outside, she whimpered pitifully, “I, I… I’m sorry, Third Sister, don’t be mad. If, If you want to vent, you can lash me a hundred times again with your whip, I, I promise to not cry…”

With every word, she trembled harder and harder.

Quite a few people inwardly sucked in a breath. A hundred whiplashes were enough to heavily injure —if not kill— a sickly good-for-nothing like her. Wasn’t the Third Miss a bit too harsh?

“Slut, why are you slandering me like this?” The color red filled Yun Lingshui’s vision, and she angrily dug her nails into the cushions of her palms.

In the eyes of everyone else, Yun Wu was clearly trembling with fear while still trying to appease and curry favor with Yun Lingshui. Yun Wu’s words revealed that the Third Miss had a truly unknown side to her.

“You little slut, you’re deliberately trying to stir trouble! Just you wait…” By now, Yun Lingshui’s eyes were blazing with anger, and although she’d intended to maintain her sweet facade, Yun Wu’s seemingly naive and innocent words had caused her to lose all rationality.

From her waist, she withdrew her whip, which she lit with teal-colored battle spirit and swung fiercely at Yun Wu. Within the younger generation, the peak of Rank One with Innate Teal Rank2 Recap from chapter 10~ Seven innate colors: Red, orange, yellow, green, teal, blue, and purple as the highest. was considered outstanding.

Whoosh! The whip tore through the air, and it was clear that she planned to take Yun Wu’s life. Meanwhile, Yun Wu’s eyes flashed coldly, but she appeared to pale with fear, and her body began to shake. Right before the attack landed, she staggered back a step and unexpectedly fell to the side, just in time to avoid the whip.

As many of the spectators saw it, Yun Wu was much too weak to dodge an attack made by a Practitioner at the peak of Rank One; not to mention, she was shaking like a leaf. She must’ve coincidentally tripped.

At the same time, quite a few people thought the Third Miss was being excessively savage and unreasonable, and that she was going too far. Just look at the Ninth Miss—she was frightened and shaking to such an extent!

Although she had her own motives for appearing at the Mourning Hall, if she had to, she certainly wouldn’t mind letting the mother-daughter pair share the Mourning Hall. However, before she could send out two poisonous silver needles, a great oppressive force swept out from the sidelines.

When the whip was just a fingertip away from her, it was snapped in half. Yun Lingshui quickly staggered back and paled, “Grandfather!”

“Behave!” A loud voice thundered, shaking the hearts of everyone present.

Old Master Yun Qi truly deserved to be the person even the imperial family had to treat with courtesy. It must be known that in Zhou Dynasty, there were very few people who could break through to the rank of Master Practitioner, and no more than ten people in the imperial household held that level of strength.

The Mourning Hall sunk into silence.

“You two, get over here,” Yun Qi commanded seriously, sweeping his gaze over Yun Lingshui, and then Yun Wu. However, when he saw Yun Wu, an unfathomable look flickered briefly in his eyes, followed by an ineffable hint of delight.

Delight? Why delight? Could it be that he caught on to something?

Yun Wu knit her brows slightly, but before she could take a closer look, Yun Qi waved his sleeve and, as if furious, stormed into the inner courtyard

“Just you wait!” Yun Lingshui glared at Yun Wu and then immediately followed him inside.

Yun Wu sneered in her heart. She was also waiting to settle old accounts, so exactly who was waiting for who?

Inside the inner courtyard, presence chamber.

Yun Qi was sitting atop the master seat, and aside from Yun Lingshui, Yun Qing Er was also present. Yun Wu’s arrival shocked Yun Qing Er, and she blurted, “Why, why aren’t you dead?”

Yun Wu stopped acting humble and fearful like before, but she still weakly lifted her head and called out, “Grandfather!” Although he looked at her oddly, a slight smile materialized on his solemn face, “Your illness has become quite serious. Sit down and talk.”

Looks like this old man really did catch on to something.

Yun Lingshui, on the other hand, was miffed. Everyone else was standing, so how come that slut was allowed to sit down?

“Grandfather…” She started to whine, but the harsh expression in Yun Qi’s eyes shut her up.

Unlike Yun Lingshui, Yun Qing Er was practically turning green and purple, and she looked as though she was seeing something horrifyingly strange.

Why was Yun Wu still alive?

How could that be possible?

Others might not be clear on what had happened in the Forbidden Grounds, but she, Yun Qing Er, had seen with her own eyes, the fanged man-eating vines eating away at Yun Wu.

Yet here she was…

Horror, surprise, and shock… the myriad emotions that clouded and whirled in Yun Qing Er’s eyes made for a rather wonderful show. A cold smile appeared in Yun Wu’s heart. Naturally, she had not forgotten about what Yun Qing Er owed her, and only by taking Yun Qing Er’s life would the debt be repaid.

“Sixth Sister! Why are you saying the same as Third Sister? Why are you both insisting on my death?”

“How could you be alive? Impossible, that day in the Forbidden Grounds, I clearly saw you get eaten by the man-eating vines…” She abruptly stopped talking. Neither her nor Liu Qingyue had thoroughly explained the events of that day. All they had said was that they saw Yun Wu invade the Forbidden Grounds, and because they were worried, they followed her in. After hearing a scream, they had retreated.

Upon the master seat, Old Master Yun’s insightful eyes narrowed a bit, as he immediately realized that many details from that day had been purposely kept from him.

Bang! The side table and even the floor quivered at the impact of his palm, causing Yun Qing Er to pale and tremble, “Grand, Grandfather, I…” Liu Qingyue had specifically told her that the matters of that day must never be revealed to the Old Master, or else the consequences would be grave.

Yun Lingshui was frightened too. “Grandfather, didn’t my mother already explain what happened? That slut entered the Forbidden Grounds herself. My mother and Sixth Sister bore good intentions to stop her, but she insisted on courting death.”

How amusing. Looks like these people enjoy placing themselves on high pedestals.

“Grandfather, please cease your anger. Great Aunt is the reason I was able to walk out of the Forbidden Grounds alive, so I came today to express my gratitude,” Yun Wu suddenly spoke up in the same fragile voice as before, but her tone was completely different.

Hearing that, Yun Qi arched a questioning brow. “What you’re saying is that your Great Aunt saved you?”

“Right. The poisonous dart she shot at me before leaving just so happened to stimulate the Yin poison that had resided within my body for over a decade, so the man-eating vines were poisoned to death. Grandfather, am I not lucky? I should thank Great Aunt for her kindness, right?”

This time, she had no intentions to hide from Old Master Yun’s keen eyes as her lips curved into a cold smile.