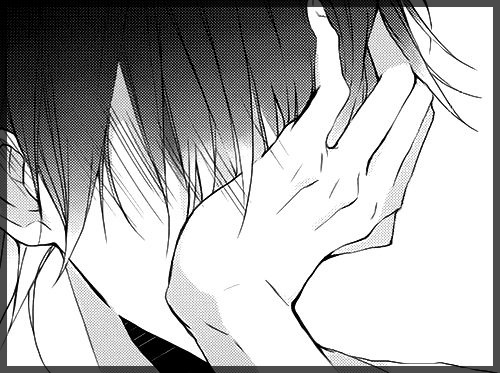 Chapter 24 — I Want Your Heart

The level of beauty this man was on far surpassed that of a woman’s. He was already outstanding in his looks, and the same could be said about his martial prowess. Therefore, she couldn’t figure out why he was so insistent about clinging to her.

In terms of appearance, she was only delicate and pretty at best. In terms of power, she had been known as a fragile good-for-nothing. Sometimes, she couldn’t help but wonder just what about her appealed to him, and whatever it was… she could change, alright?

“I have no other requests! Just…” Long Qingxie smiled, “I want to touch your hand and receive comfort for the three days I’ve spent painstakingly investigating for your sake.”

Hearing that, Yun Wu was speechless.

She carefully scrutinized him and saw that sure enough, there were traces of travel-stained fatigue on his face. As the matter of fact, his entire complexion seemed paler than usual too.

Her heart quivered, albeit slightly. Humans were not unfeeling creatures. Although she had always let herself appear cold-hearted, this time… admittedly, she was a bit touched. She stared at him and was quiet for a few moments before reaching up to pull away the hand he had on her chin.

Then, under his startled gaze, she offered her hand to him.

“If you want to touch, then stop dawdling and touch. Once you’re done touching, speak,” she grumbled impatiently, eliciting a helpless laugh from Long Qingxie as the fascination he felt for her intensified.

This little pipsqueak… is too cute, he mused.

He unhesitantly reached out with his large hand and grabbed her smaller one, but instead of squeezing and pinching it like he did before, this time he simply held it.

“Little pipsqueak, how could you be this interesting? Ahh, it really makes me want to kiss you.”

Yun Wu glared at him. Seeing the deep smile in his eyes, she began to understand… that this man had a filthy mouth, but he wasn’t a bad person. However, at the same time, she knew there was more to him than meets the eye.

There would be a day when she sees for herself his cold, cruel, and bloodthirsty side, and she would realize that the special treatment he shows her is reserved for her only.

“Alright, that’s enough, don’t keep me in suspense. Tell me what I need to do to revive my body.”

“Give me a kiss, and I’ll sell myself to you,” he regarded her with a smile.

“Long Qingxie, do you think it’s fun toying with me? If so, then you can screw off, I don’t care,” was the response.

“For someone your size, you sure have quite the impressive temper. Your husband likes that. Since you won’t give me a kiss, I guess I’ll do it myself.” With that, he puckered his lips and leaned in.

Yun Wu frowned and pushed him away with a warning, “Long Qingxie…”

Amusement lingered in his gaze for a touch longer before he decided to get serious, lest his little woman lose her temper for real. “Alright, don’t move! Get a good feel,” was all he said before he tugged her to his chest and closed in on her with his seductive lips.

The sudden proximity made Yun Wu’s heart skip a beat, and exasperated, she moved to shove him away, when…

A small mass of violet-colored mist slowly wafted out of his mouth, and her tightly-closed lips subconsciously parted. The violet-colored mist, tingled with life force, felt cool and refreshing as it entered her mouth and seeped into her body.

Her dantian began to rotate at full speed. She could feel the wondrous sensation of blood being pumped vigorously throughout her body and almost sense the leaping of each and every cell inside…

After a brief moment, Long Qingxie sucked in a breath and stopped transferring yuan force, but he didn’t move away. His black irises flashed, and he suddenly dove forward and sealed her luscious red lips with his, then smoothly slid his tongue into her mouth.

A muffled protest was all she could manage before her mind blanked. His kiss came abruptly, and he was domineering in his conquest of her mouth. Only when their breaths became ragged from lack of oxygen did he let go.

Finally free, she gasped for air, and her eyes were slightly hazy. The instant she regained her composure, however, the haze cleared and was replaced by a sharp glint, accompanied by a swing of her palm as she tried to strike him.

“Little pipsqueak, you’re so forceful and unreasonable… Your husband was just trying to tell you the method, why did you try to slap me?” Long Qingxie squinted his eyes as he caught her hand and wrapped it in his. There was a dangerous tinge in his bewitching voice.

Meanwhile, Yun Wu couldn’t help but pause. Was he talking about the method to revive her body?

The violet-colored mist that came out of his mouth was most likely his yuan force, a form of energy taken from his cultivation base.

Her brows were furrowed as she stared closely at him and demanded an elaboration.

She was certain that the process of transferring one’s yuan force was liable of damaging one’s cultivation base, and she couldn’t help but flash back to that time in the forest and also the events from the morning.

“Ah, you’re so ungrateful and heartless, sometimes it really makes me angry and helpless,” he gave a depressed sigh. Then, a rare expression of solemnity appeared on his charming face. “To revive your body, you need not only my yuan force but also more five more things.”

“Five more things? Which five?” The thought of being able to become a Summoner once her body was resurrected made her impatient, and it showed in her voice.

The world called her worthless, so she was determined to show them what “worthless” looked like. She would recreate history by becoming a figure of legend; a Summoner.

Moreover, she’d swore she would return to the Pandemonium Palace and pluck off that damned door god’s beard.

“Little pipsqueak, normally you’re calm and cold, so why are you so anxious now? Though you’re right to be anxious because this matter shouldn’t be delayed any further.” Long Qingxie’s voice was doting and brimmed with fondness as he rubbed her head.

Although she was no longer feeling as impatient as before —having already calmed herself down— she still glared at him and berated, “You know I’m impatient about this, yet you’re still going to assume airs?”

“Minx,” A ghost of a smile flickered in Long Qingxie’s eyes. “The five things are Vitality Grass, Flower of a Hundred Lives, dragon blood, sacred blood, and pure blood. Utilizing all five of them will grant you resurrection,” he drawled.

Dragon blood, she could easily get from the Forbidden Grounds, but the flower and grass, she had never heard of… She looked at him for help.

“You can get pure blood from the body of the Imperial Preceptor’s son. The Flower of a Hundred Lives is rare but not impossible to obtain; the winner of this year’s imperial hunting tournament will be rewarded one, amongst other things. As for the Vitality Grass… You’ll find some growing in the center of the Beast Forest’s mountainous range. Gathering those three things will require some time and effort.”

Yun Wu raised an eyebrow and asked, “How come you didn’t say anything about the sacred blood?”

“Because it’s right before your eyes. As long as you want it, it’ll be prepared for you,” he used an enchanting look to gaze at her.

Right before her eyes?

After a moment of contemplation, realization dawned on her, followed by surprise. She eyed him.

“First, it’s yuan force. Now, it’s sacred blood. Tell me, just why do you treat me so well? Don’t tell me you have no motives for doing so. This world does contain its share of idiots, but you, you’re definitely not a naive, kind-hearted one.”

Suddenly, an incredibly mesmerizing laugh spilled from his lips. Raising his hand, he rested it on her head and tousled her hair.

“You know me too well, little pipsqueak. Now, it would be embarrassing to claim that I have no motives.”

“So what’s your motive?” She raised her bright eyes to look at him. Yun Wu hated owing others. If what he wanted was something she could accomplish, or if it was something in her possession, as long as he refrained from crossing the bottom line, she would be fine with giving him what he wanted. She would treat it as returning a favor and hope that afterward, he would stay away from her.

However, Long Qingxie’s motive left her too dumbfounded to respond. The words, “Easy—I want possession of your heart,” spoken in a frank and overbearing manner, sent a sledgehammer slamming down on her heart.

He had successively moved her heart, but like? She didn’t even like him—to say nothing of giving him her heart!

That night, after making a bold confession, he left without waiting for her response. Most likely, he knew he had to be patient. Or rather, he held a sense of propriety and was aware that after stirring the murky waters of her heart, the best strategy was to retreat for the sake of advancing.

Early in the morning, the ambiance of Yun Manor was gloomy yet imposing. The secondary presence chamber was decked in white and gray, as it was the mourning day for Yun General Manor’s main wife, Liu Qingyue, and many people made their way to the Mourning Hall.

General Yun Lengyi was absent, but regardless, quite a few prestigious individuals arrived to pay their respects. Even those from the imperial family came; it all came to prove that the General Manor was considered the number one martial family in Zhou Dynasty.

The entire morning was spent in mourning and bustle. At noon, an unexpected figure appeared in the Mourning Hall. When the guard saw her, his eyes filled with a mixture of shock, dread, and fear.

Yun Lingshui was dressed in white. Her eyes were watery, and she was on her knees. However, the sight of Yun Wu caused her face to change.

Quite a few outsiders were present. Yun Qi was also sitting in the Mourning Hall, chatting with an old friend. Everyone promptly turned their heads towards Yun Lingshui.

They saw Yun Wu, sickly and pale, stagger in while wheezing as though she had just completed a long journey. Her eyes suddenly reddened at the sound of Yun Lingshui’s voice.

VIN: An accurate visualization of LQX’s expression as he deals with the tsundere Yun Wu :0