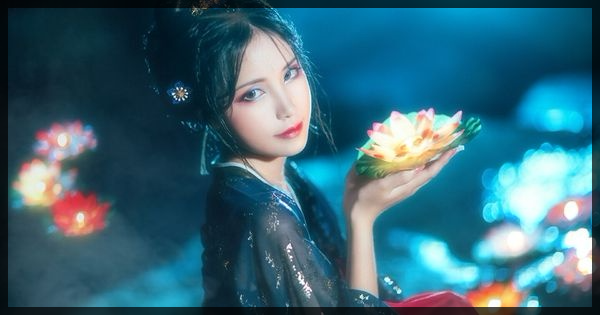 “All things are bound by certain sets of rules, and the consequences of breaking them are unthinkable. Brat, you were able to swallow the Dragonfire Pearl and the hearthfire without evoking any serious repercussions. That means you are quite fortuitous, but your body… Your body has fallen, yet you are still alive. This violates the natural laws. If you manage to escape this place, remember, first and foremost, you must find a way to resurrect your body. Otherwise, even I would not be able to predict the severity of your consequences.”

Those words turned the corners of Yun Wu’s lips down. However, before she could brood on it further, the Redfire Dragon came charging at her again, its angry roars bouncing off the four walls of the underground palace. “Human….”

Yun Wu’s expression immediately turned solemn as she watched the dragon draw near. Her eyes flashed when she sprung into the air, and her body abruptly twisted to execute a rapid flip, which successfully landed her on the unsuspecting dragon’s neck.

A beam of aggressive reddish-violet light shot from her dantian and enveloped her fist. She delivered a violent blow to the dragon’s head.

The maddened beast slammed its colossal body onto the ground and began to roll around wildly, trying to throw Yun Wu off its neck. “Abominable human, this prince will tear you into a thousand pieces!”

Yun Wu narrowed her cold eyes and grasped one of the dragon’s horns tightly in one hand while pummeling his head with the other. She thundered, “I’m abominable? You’re the one who’s abominable! I genuinely wanted to have a conversation and resolve this peacefully, but you were unwilling and left me with no choice but to use force. You’d better cooperate, or else… I’ll smash your family jewels.”

In her past life, she remembered watching a drama about a deity named Nezha, who stormed into the Dragon King’s Palace and forcibly shattered the Third Dragon Prince’s family jewels. Right now, she fully intended on reenacting the scene.

Strangely enough, the thought of it excited her.

The Redfire Dragon turned out to be a fairly ruthless character. Since it couldn’t throw her off by rolling, it rose and opted for slamming itself against the wall, determined to mash her into meat paste. This kind of brutality was actually quite to her liking.

She activated the defensive ability that came with breaking through to the level of a Rank Two Practitioner and stubbornly held fast to the horn. Her blows rained down on the dragon’s head, each strike stronger than the last.

Between the two of us, I’d like to see who’s more ruthless!

Bang! Bang! Bang! The underground palace trembled with the enormous Redfire Dragon’s assault on the wall, the impact ferocious enough to shake mountains while the dragon roared unceasingly.

The underground palace had become the arena for the human and dragon’s deathmatch. One by one, the man-eating vines and giant python quickly slid away, for fear of getting caught in a misfortunate tragedy.

Over twenty days ago, the earthquake that struck the manor ceased. The manor’s inhabitants, who originally thought they had safely weathered through the disaster, were frightened to discover the ground shaking once more, and this time, the infuriated roar of a dragon rang out from within the Forbidden Grounds.

The guards who were responsible for surveilling the Forbidden Grounds paled and almost fell to the ground in fear. A guard shouted, his voice quivering, “The demonic dragon is jostling again. I, I’ll go report to the Old Master, you guys stay here.”

The guard fled in the direction of a certain courtyard. The remaining guards each pulled out a large sword and eyed the Forbidden Grounds entrance, cold sweat running down their backs. As it turned out, Old Master Yun knew it would be impossible to hide the incident any further, so he had informed the imperial family about the Forbidden Grounds and the dragon trapped within it.

Numerous rumors were spread. The demonic dragon’s evil deeds from countless years ago were also divulged to the public and traveled far and wide, shaking the hearts of those who learned about it. The imperial family had dispatched a host of guards to watch over the Forbidden Grounds, all to prevent the demonic dragon from fleeing.

Those who resided within Yun Manor were the most anxious and worried of all. One mistake could lead to the demonic dragon’s escape, and they would undoubtedly be the first ones to get caught in the bloodbath. After all, hundreds of years ago, the Summoner who had sealed the dragon belonged to the Yun family.

Demon dragons were one of the most valiant beasts in existence, and they held grudges to an extreme.

A quiet courtyard existed in the northernmost region of the manor. Yun Qi and the Three Elders were relaxed and preparing to have a game of chess. Suddenly, the ground shook, and a dragon roared. The four immediately blanched.

“What exactly is that demonic dragon up to? In just one month, it has caused two disturbances. Surely the demonic dragon doesn’t mean to break out?” The three white-bearded Elders all had sour looks on their faces.

The First Elder rose from his seat and frowned, “Impossible. In the Forbidden Grounds that year, the Yun Manor Summoner set up a Millennium Detention Contract, and there remain three hundred more years to it. Even if that demonic dragon is bold and valiant, for it to attempt a breakout is unlikely.”

“Perhaps someone entered the Forbidden Grounds and provoked the demonic dragon,” The Second Elder suggested coldly. At the side, Yun Qi frowned. “No matter who, they still belong to the Yun family. Let us stop guessing and go take a look for ourselves. If push comes to pull, we can join forces to suppress it.”

In his heart, Yun Qi knew that the trespasser was likely his own ninth granddaughter, and if she was the reason for the demonic dragon’s awakening, then he would be labeled as a traitor to the family. The Three Elders knew this too, but just as Yun Qi said; they all belonged to the Yun family, and now was not the time to condemn each other.

Before the guards reached the courtyard with their report, the four had already set off for the Forbidden Grounds. The mass of guards waiting outside of the manor also swarmed in.

VIN:  I swear if I don’t see those two becoming best buddies…

Another picture of Yun Wu because I can’t find pictures of old men ^^; The image is from a gorgeous video/channel called Cosplay Queen.