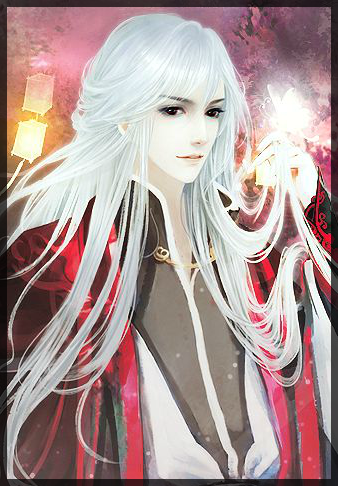 Chapter 11 — The Peak of Rank Eight

“Ninth Miss must be teasing, this subordinate wouldn’t dare not recognize young miss. However, as per Head Madam’s command, this subordinate has no choice but to offend young miss by handing young miss over to Sixth Miss.” As Wu Gang spoke, Yun Wu happened to catch a faint glimmer of murderous intent lurking in the depths of his eyes.

He extended his hand and seized her.

Cold light flashed in Yun Wu’s eyes. She moved to break out of his grasp, but Wu Gang seemed to have been waiting for her to do that. He channeled a flow of insidious dark energy into his palm and abruptly thrust his hand towards her chest.

Yun Wu’s heart shook. She attempted to dodge but found her opponent fast and ruthless, catching her off-guard.

Whoosh, whoosh… Two streaks of chilling light shot through the air, pinpointed at Wu Gang, promptly causing his expression to change. At once, he did a body flip and evaded. In the spot he had been standing, he saw two exquisite knives lodged deeply into the ground.

If he had failed to dodge, those two knives would’ve ripped into the fatal points of his head and neck. This sudden turn of events launched all the surrounding guards into a vigilant search, but they found no trace of the perpetrator.

“Who?” Wu Gang bellowed, his expression sinking. Then, he suddenly realized that the item he had been keeping within his sleeves was gone and that instantly caused his expression to shift. He lowered his head and hurriedly scoured the ground before finally seeing a small, wooden box nestled in a nearby flowering shrub.

It turned out he had dropped it while he was somersaulting. He hastened over, but another silhouette beat him to it.

Immediately after procuring the wooden box, Yun Wu drew it into her embrace. Regardless of what the box contained, to be able to make Wu Gang and Liu Qingyue’s expressions undergo such drastic changes meant the box’s contents were definitely not simple.

“Ninth Miss, please give that item back to me.” Wu Gang’s figure flickered and reappeared in front of Yu Wun, his face completely dark as he stuck out his hand, palm facing upwards.

Yun Wu took a step back, smiling widely as she asked innocently, “What item? I don’t see any items, just a mad dog barking at its master.”

Wu Gang’s eyes chilled with murder. “Since Ninth Miss is oblivious, then don’t blame this subordinate for personally performing a search.” He stretched out his hand further, intending to pull apart her clothes as to take back his item. Yun Wu drew back a step, murderous intent in her eyes. Straight on, she was in no way his opponent, but in close combat, she dared say she had a 60% chance of success.

However, before the two of them could do anything.

Whoosh, whoosh, whoosh… Four streaks of cold light dashed down from the sky, and this time, the knives’ origin was revealed. On the roof, there towered a fluttering white-robed figure. A headful of silver hair danced in the wind. A wicked smile adorned the man’s handsome face.

He clicked his tongue. “Such a large crowd bullying a little girl, what a good show this is.”

Right after his devilish and magnetic voice sounded, Yun Wu turned her head and looked up. When she saw the man standing in the wind, her heart couldn’t resist a quiver.

It was the seductive man from the forest.

Yun Wu’s willowy brows furrowed as she wondered why he was here.

The instant Long Qingxie’s figure appeared, all of the women gathered in the garden fell into a sudden stupor.

What a beautiful and bewitching man…!

Wu Gang swept the knives from the ground. As a poison expert himself, he could tell that the knives had been submerged in poison beforehand. The victim’s throat would instantly be sealed, and judging from the finesse of the man’s throwing, he could most definitely rival Wu Gang, if not surpass.

His square face a haze of anger, Wu Gang shot a look at the silver-haired man. “Who are you? You dare break into the General Manor. How audacious.” His angered voice had just fallen when the manor’s guards surged from all sides and an array of archers appeared out of nowhere.

“Shoot!” Wu Gang commanded without giving the man any time to react.

Whoosh, whoosh, whoosh! Countless arrows fired at once, all flying in the direction of the man, but facing the onslaught of arrows, everyone present could see that the man was still smiling mischievously and not moving at all. He continued to stand in the wind, silver hair fluttering, elegant as an immortal.

Below, Yun Wu saw this and scrunched her brows.

Was he brain dead? At this point, what was he still trying to act elegant for?

Having said that, shocked surprise then appeared in her eyes. Right before the arrows reached the man, dazzling, brilliant rays of purple brought rise to a fluctuation of odd energy. All of the arrows that came in contact with the purple light were effortlessly snapped and destroyed.

Long Qingxie stood with his body enveloped in a blinding halo, emitting a sense of arrogance that suggested his disdain towards the world, an imposing manner and haughty overlook of the overarching sky.

The look of rage on Wu Gang’s rage contorted into one of utmost astonishment. “Innate Purple Rank? Peak of Rank Eight?” Even he was unable to discern the man’s attribute. The man’s age clearly did not surpass the early twenties either, how could that be possible?

At this moment, Long Qingxie held back his imposing aura and lifted the corners of his mouth.

“Relax, relax. Don’t raise your guards like I’m a great enemy or something, I just so happened to pass by and conveniently dropped in to watch the show. Just treat it as though I didn’t exist and do whatever you want.”

VIN: Okay, that picture though? I can definitely see Long Qingxie looking like that. It carries arrogance, evil, beauty, mischief, and most importantly, silver hair.