When Su Wan entered this world, she was already familiar with all of this world’s major story plots from early on. Right now, when she heard Su Rui mention his identity, Su Wan instantly recalled Situ Ye’s entire life history from her heart. Comparing her current level and Situ Ye’s current level, Su Wan felt that this world was filled with thick maliciousness–

Huxia Region’s number one! How to defeat?

Seeing Su Wan lost in thought as she sat on the sofa, Su Rui leisurely moved to Su Wan’s side and then shook her phone again, somewhat unknowingly asked: “Which onion did this Supreme Emperor sprout from?”

Su Wan somewhat dispiritedly replied. In the online game world, her original starting point was pitifully low. Now that she compared it with Su Rui’s, Su Wan didn’t know why her heart felt agitated. It was that kind of unclear, unable to say it out feeling, making her look like her entire person become a lot more gloomier. 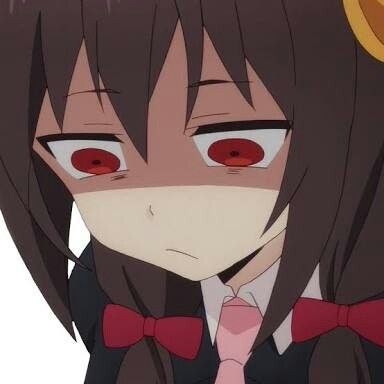 Su Rui perked up his eyebrow: “He’s very familiar with you?”

Just now when Su Wan was in the kitchen, her phone kept ringing. Su Rui picked it up and took a look, and saw that it was all due to the texts that Supreme Emperor sent. He was generally asking about game matters, and lastly very concernedly asking her to eat her meals on time and to take care of her health and so on.

Su Rui expresses that it was very unpleasant seeing these messages!

As a result, he unhesitantly put Supreme Emperor in the blacklist. Hearing Su Rui’s question, Su Wan merely absent-mindedly shook her head: “Not too familiar. Just a temporary cooperation. I can level faster with them.”

“I will bring you to level up later!”

Upon hearing Su Wan mention about leveling up, Su Rui’s eyes lit up, immediately turned his face to the side and looked at Su Wan with a face full with expectation: “Also, the cross-regional passage will open after half a month. At that time, neutral maps and neutral battlefields will open. My current level is passable. Wait for the neutral map to open, I’ll bring you there to level.”

Although the mage was a  fragile occupation, but it has to be said that this occupation was quickest to level in 《Lingshen》 and was the occupation that had the most advantage when killing monsters.

“You’re still so modest ah! Number one in the entire region and you say that you’re passable? Then do I want to live or not?”

Su Wan somewhat humorously looked at Su Rui: “How did I not previously discovered that you still had this kind of virtue of modesty and consideration ne?”

“I have a lot of good points. You have a lifetime to slowly dig them up.”

Su Rui laughed and shifted to Su Wan’s side without batting an eyelid.

“Well, I should go online. If you’re tired, then sleep in the guest room. If there are other matters, then we’ll discuss tomorrow.”

Su Rui looked on helplessly as Su Wan went back to her room to connect to the game capsule. General Su expresses that he was not one bit happy ah!

Turning to face the balcony, Su Rui immediately gave his family’s butler a call: “When can my game capsule be flown over? What? Tomorrow morning? Forget it, then it’ll be like this first ba!”

After he hung up, Su Rui looked at the desolate street outside the window and his eyes couldn’t help but narrow……

Su Wan returned to the game, people are still in the instance, there was only her lonely figure in the absolutely empty instance.

Su Wan leaned on the wall at the side and sat down. Right now, her character’s mailbox had already been maxed out. Su Wan opened Just Like a Snowflake’s mail and 90% of them were friend requests.

Practically glossing over it, Su Wan rejected all of them.

After that, she saw several messages in her Friend column–

Morning Breeze Waning Moon: Tian ge already revoked your killing order. Are we still friends the next time we see each other?

Wu Baobei: Idol-daren! I saw your video! Do you accept disciples? Can you accept me as a disciple?

Supreme Emperor: Why did you put my name in the blacklist???

When the original owner left Shitian, she basically deleted all her friends from Shitian. Morning Breeze Waning Moon was the only one left behind.

He that person was quite slick and sly, but he wasn’t that annoying.

What was called ‘The tea becomes cool when the people leave’? After being killed by Ye Tian several levels, those backbones of Shitian guild all participated in killing Su Wan. Only Morning Breeze Waning Moon alone did not move, but it was also only like this.

He didn’t move, but he also didn’t say a word to her.

This was Morning Breeze Waning Moon’s attitude towards life ba!

Su Wan thought about it and still removed him from her Friend list. After that, she replied Wu Baobei with a smiley face and finally at Supreme Emperor, Su Wan hesitated for a bit, and still returned a sentence “It wasn’t me who did it.” and just left it unsettled.

It wasn’t midnight yet and the instance hasn’t reset. Su Wan finished dealing with her Friend messages and looked at the World Channel in boredom. Right now, there were people who were actually still talking about her matters. However, the focus of everyone’s discussion has shifted from her battle with White Wolf to the sudden revocation of the killing order.

It turned out that Lone Wold was the first to revoke the killing order and Di Shi Tian also closely followed.

This time, she finally didn’t have to be on tenterhooks while leveling, but…….

She didn’t like this kind of status that was always in a weak position, but in 《Lingshen》, level determines everything. When she entered the task, it was precisely the worst moment. According to the progress of her experience bar from her sweeping the instance everyday, when the cross-region channel opens, it’s estimated that she can barely level up to level 60.

She obviously knew that she can use Su Rui to achieve her goal in the quickest time. If substituted with the previous Su Wan, she would not think and would definitely complete the task using the simplest and the fastest way.

Su Wan’s mood was very agitated. From the first sight of Su Rui at her residence’s entrance, she felt a bit of confusion in her heart.

This kind of strange yet familiar emotion made Su Wan unwilling to stay in the room for even a second. She could only hide in the game, slowly straightening out her mood.

After saying ‘stay calm’ to herself in her heart 100 times, only then did Su Wan’s expression slightly improve.

She quietly went offline and came out from her bedroom. She found that the lights in the living room were shut off and the door of the guest room at the side was tightly shut. She didn’t know if Su Rui was resting or doing something else.

Su Wan went to the kitchen and poured herself a cup of water. She then turned back towards her bedroom to change into her pyjamas and rest.

Early morning the next day, Su Wan was awakened by a burst of noisy sounds. She bewilderedly opened the bedroom door and saw a crowd of workers systematically moving 《Lingshen》’s extra large game capsule into her home.

At one glance, Su Wan saw Su Rui sitting on the living sofa, calm and unruffled in the midst of all this chaos.

Su Rui heard Su Wan’s voice and once he turned his head, he saw that she wore light blue home clothes, standing at her door with a dazed look.

He suddenly felt that Su Wan’s appearance was seriously cute, what to do?

Su Rui immediately stood up and walked towards Su Wan. He used his figure to cover Su Wan’s slim body–

Such a lovely Su Wan, it’s fine so long as he alone sees.

During these past few days, did you see a strange, weird CEO novel again!

Su Wan felt that the way Su Rui looked at her was truly too strange, making her uncomfortable all over.

“Your game capsule should be replaced. These two are TX company’s latest super-luxury limited-edition game capsules that I specially ordered to be airlifted over. It’s also a unique couple version. Both of us have one each. Your machine number is 520, my machine number is 521.” 1 520 & 521 is slang for ‘I love you’. Su Rui’s such a romantic >< ! Credits to Theodora A. Kurniawan!

While talking, Su Rui slightly turned his body sideways, one hand propped against the doorframe, his eyes looked down and expectantly looked at Su Wan.

What the hell is this kind of ‘seeking for you to quickly praise me’ expression!

Su Rui, you’re breaking character more and more, do you know that? 2 Remember that Su Rui was assigned the character of the supporting male lead by the Plane Restorer HQ . He’s supposed to be in love with the heroine and support her.

At this time, Su Wan was in the process of unrestainedly rolling her eyes in her heart only, she obviously misjudged Su Rui’s fighting power–

What was called publicly showing affection until singles die?

After the game become cross-regional, Eternal Night guild’s Guild Leader Night Rain, in a ddition to the title of first in the district, he was also bestowed the nicknames Mad, Sly, Cool, Ruthless, Show-off, Explode, God by the entire server’s players. 7

BLU: I find that I like putting pictures up with the translation. Can you guys see it though? Because when I read novels on my phone and there are pics, I can’t see them (sometimes).