When her small hands finally touched the shell, Shen Mubai couldn’t help but show a happy smile. Suddenly, the car shook and her whole body fell into his arms, her lips colliding with something cold.

As her lips had fallen, her teeth had also grazed it, and although it was cold, it was also soft and firm.

She looked down and saw that her lips were on the back of his hand. 1 wow the author really played us

His hand was still on the steering wheel while her arm was wrapped around his waist in an intimate position. She looked like she had pounced on him.

Soft and a bit strange, the girl’s warm breath hit his cold skin, and his chest tingled as he felt something pulse. Huo Junhan frowned slightly, looking at her lips. A complex look passed through his eyes.

Seeing that she was still kissing his hand, Shen Mubai dare not continue any longer and quickly got up, calmly and carefully wiping whatever was left on his hand.

System: “…” No. I can clearly see that you’re getting some action 2 Elaine: HAHA system backing us up
. I can’t disturb.

But things were not so simple. A few seconds after Shen Mubai had straightened up, the car shook again, this time harder. The car had been hit from behind.

Shen Mubai fell back into that suggestive pose.

With one hand on the wheel, Huo Junhan lazily looked into the rearview mirror at the armored car behind them. His ice blue eyes remained calm, frightening anyone who would gaze at this lifeless man.

Lu Zhihai obviously could not see his gaze. He was driving the armored vehicle behind Huo Junhan and tailgating him, playing a game of cat and mouse. He closed the distance and hit the car again, this time even harder, causing the black car to swerve slightly.

The modified vehicles of City S base performed much better and were superior in many aspects in comparison to regular cars. If ordinary ability users chose a task, even if it was the highest level task, they would not be able to gain such good equipment.

Lu Zhihai, one of the sons of the leader, naturally had his own methods to get these goods. At this moment, however, he was fully focused on Huo Junhan, trying to cause panic and destruction. The beautiful woman supposedly in his heart was forgotten as he continued to ram his car into theirs.

After two consecutive collisions, Lu Zhihai howled in amusement and maliciously shouted, “Sorry, there is something wrong with my car! I can’t control it! If you don’t make way, brother, it can’t be helped that your car will be mowed down!”

Huo Junhan’s other hand grabbed Shen Mubai and made sure she had not suffered any damage. He turned back to the road and coldly said, “Stay still.”

Hearing his words, Shen Mubai, whose seat belt had loosened, immediately tightened it and quickly bowed her head. She sighed at the dangerous atmosphere and said to the system.

“System, I don’t want to become a zombie.”

VIS: *cough cough cough* we got trolled. there’s no kissing….at least not the kissing we want.

This is what I imagine if they ever got into a relationship : the guy is SMB and the girl is HJH 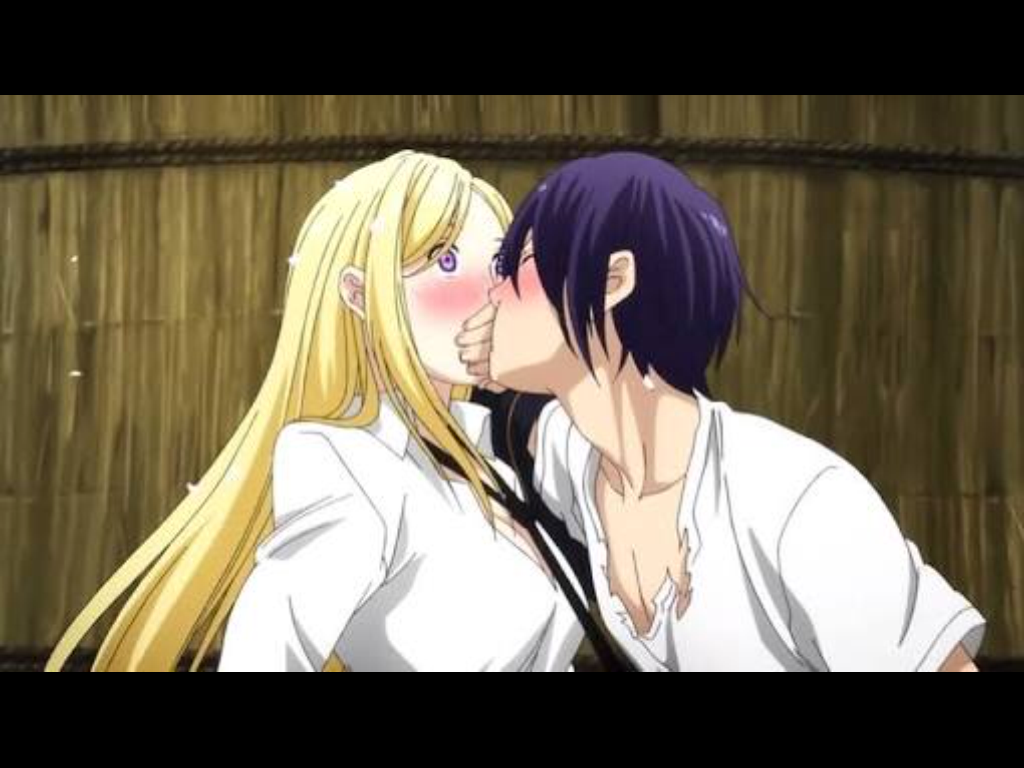