Please support me on Patreon or visit this page for more options. Happy reading~

Chapter 45: Genius of All Trades

Mo Lengxuan took out his phone, probably to call his subordinates over. Afterwards, he stared at the school doctor and Ning Shu with his cold eyes that seemed to be saying, you guys are f-ing done for.

The glare of a crime syndicate’s boss was definitely not to be sneered at. At the very least, Ning Shu felt weak at the knees from being glared at. Then she saw that the school doctor was still hugging Ling Xue’s neck, refusing to let go.

“Uncle, what do we do now?” asked Ning Shu. “We had better run. We won’t be able to run once they all get here.”

The school doctor nodded and was about to run while dragging Ling Xue, but Mo Lengxuan caught up with him and grabbed hold of Ling Xue. Following that, the two men started pulling at Ling Xue as if they were playing tug-of-war, causing the knife the school doctor was pressing against Ling Xue’s back to be inserted even deeper.

Ning Shu watched with wide eyes as the blood poured onto the ground. Then, seeing Ling Xue’s tragically pale face, she didn’t know whether to laugh or to cry.

Soon after, she heard the sound of horns. It was probably Mo Lengxuan’s people. She hastily grabbed the school doctor uncle and said, “Uncle, we had better leave first. His people are here.”

Ning Shu turned back to glance at Ling Xue. Ling Xue also looked dumbfounded. She had been stabbed by someone, and now she got shot again.

Ning Shu turned back to look at the school doctor and asked between gasps for breath, “Uncle, didn’t you say that you needed her? Why did you shoot her?”

There was no hesitation in the way he fired. Did he really like the female lead?

She inwardly lit a funeral candle for Ling Xue.

“This daddy is telling you guys to freeze…”

The shouts of Mo Lengxuan’s subordinates came from behind them. From time to time, there were a couple gunshots.

Ning Shu and the school doctor ran to the street halfway up the mountain, but there weren’t any cars passing by. At the same time, the sounds behind them also seemed to be getting closer.

The school doctor uncle shattered a parked car’s window with his gun, then started to unlock the car as Ning Shu watched, still stunned.

Didn’t these types of scenes only appear in movies? Uncle, you sure you know how to do it?

“You do it then…” said the school doctor breezily.

As if she freaking knew how to!

The gunshots were getting louder and louder. Ning Shu hastily got inside the car. When she saw that the school doctor uncle was bent over and taking his sweet time with messing with the car, she felt about to fall apart.

However, at the crucial moment the school doctor uncle did manage to start the car and drive it away. Ning Shu turned around to look at the people that were following them. All they could do was watch as the car drove away.

Ning Shu’s face immediately became filled with glee. Aiy, this had seriously been too exciting. Her heart was still pounding nonstop.

Next to her, the school doctor uncle’s expression was very displeased. When he saw that the pig teammate was looking at him, he laughed coldly and said, “If it weren’t for you, I would have already gotten away with Ling Xue. You’re seriously a pig teammate.”

Was there any revolutionary comradeship at all? For better or for worse, they had gotten through a tough situation together.

“Uncle, you know how to defuse a bomb, how to steal a car, what else do you know?” asked Ning Shu. The school doctor uncle practically seemed like a genius of all trades. If she had those abilities, wouldn’t it be a little easier to complete future tasks?

The school doctor uncle rolled his eyes at Ning Shu. “These are the most basic of basics, alright? Forget it. A pig teammate like you will never be able to understand.”

Did he have to continuously say ‘pig teammate’ nonstop?

Ning Shu glanced at the school doctor uncle’s side profile and asked, “Why did you shoot Ling Xue? Didn’t you say that you needed her?”

“Can you stop asking stupid questions? By injuring her, it messes up that man’s judgement. Didn’t you see that that guy didn’t chase after us? As for these little henchmen of his, they’re just trash.”

The school doctor spoke as if it was obvious. 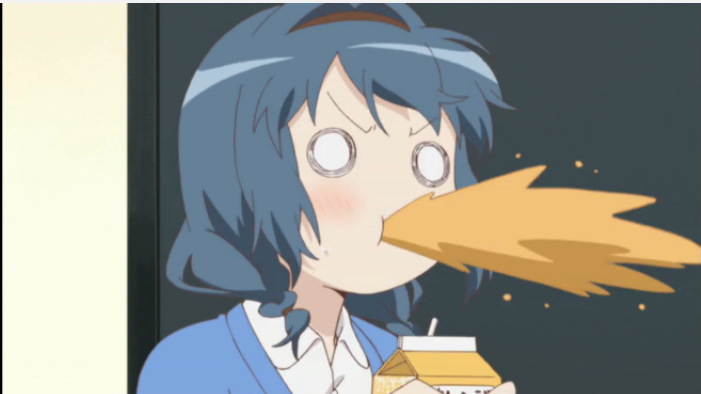